Please ensure Javascript is enabled for purposes of website accessibility
Log In Help Join The Motley Fool
Free Article Join Over 1 Million Premium Members And Get More In-Depth Stock Guidance and Research
By Daniel Miller - Dec 11, 2017 at 8:18AM

Exact Sciences and AeroVironment are well positioned to make major gains in their surging industries.

Every investor dreams of buying into high-powered company before it becomes a household name or the subject of common water-cooler conversations. Those rare stocks naturally deliver their most eye-popping returns to those who get in early.

Two companies with the potential to offer such profits are Exact Sciences (EXAS 4.42%) and AeroVironment (AVAV 4.51%). Both have enjoyed impressive climbs recently, but those gains could be just the beginning as their long-term growth stories play out.

"The most preventable, yet least prevented form of cancer" -- Journal of the National Cancer Institute.

According to the American Cancer Society, lung cancer is America's deadliest cancer. Breast and prostate cancer meanwhile, are well-known, ranking fourth and fifth deadliest. But relatively few people realize the second-deadliest cancer is colorectal. It's Exact Sciences' mission to eradicate colon cancer, and as awareness of its prevalence grows, the company is poised to reward investors.

This has been an incredible year for Exact Sciences as it executed on its plan to raise consumer awareness about its noninvasive Cologuard product, increase the numbers of payers that cover it, and also boost the number of physicians who order it. As of the third quarter, Cologuard was covered by payers for 87% of Americans, and the company's revenue has ticked up dramatically as its marketing has gained consumer attention. 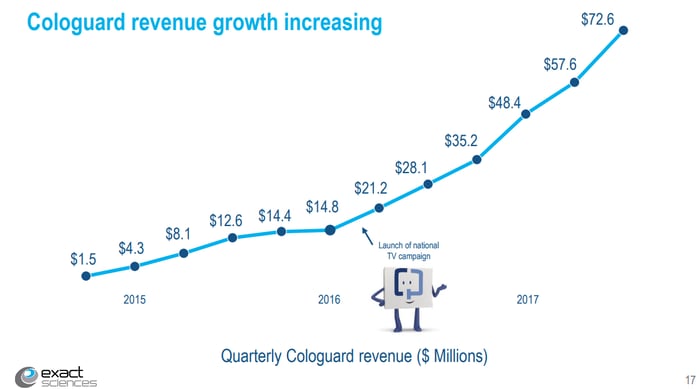 There's plenty of room left for growth: Exact Sciences estimates that 80 million people are at risk for colon cancer and ought to be screened for it -- a total addressable market of roughly $14 billion that is growing every day. Management estimates Cologuard's market share to be roughly 2% now; if you buy into the idea that management's goal of reaching 30% share is reasonable, it's easy to see the lucrative potential.

Perhaps the only downside is that Exact Sciences stock price has soared 286% already over the past 12 months. Despite those gains, though, brighter days should be ahead for Exact Sciences and its investors.

Eye in the sky

Many investors may not have heard of AeroVironment, but more and more people are aware of drones, and just how wide their range of use can be. The unmanned aircraft systems developed by AeroVironment provide its customers -- both military and commercial -- with more actionable and effective intelligence. 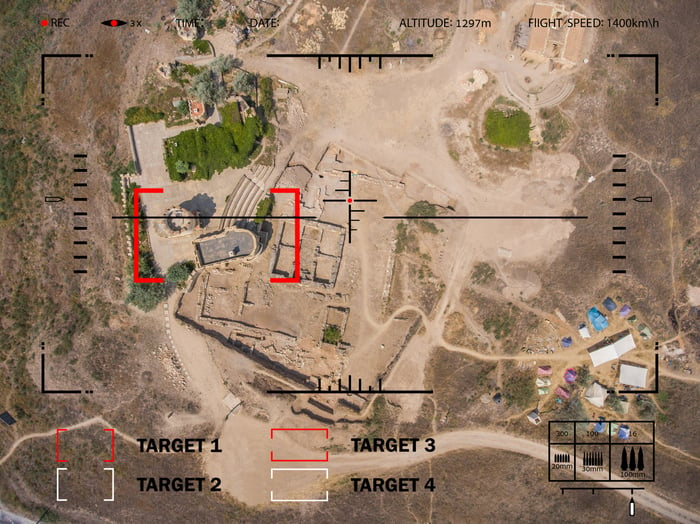 What makes its stock so potentially lucrative for investors is that unmanned aerial systems are still in the early chapters of their growth story. Not only has AeroVironment built a strong business on selling drones to the U.S. military, it's now exploring the sales potential of the commercial world. While projections about drone sales vary wildly, Goldman Sachs believes the commercial drone industry alone could be a $21 billion market by 2021.

So far, so good, and AeroVironment surprised the market announcing a profitable fiscal 2018 second quarter, which sent shares soaring 25% higher on Dec. 6. In fact, revenue jumped 47% during its second-quarter, compared to the prior year, and its backlog of orders jumped 49% compared to the previous quarter.

The potential "problem" -- some would consider it a good problem to have -- is that AeroVironment also sells electric vehicle chargers to commercial customers and automakers. Although its efficient energy systems (EES) only generated only 13% of company revenue during its Q2, that unit could grow into a solid business as the automotive industry drives toward a future of autonomous electric vehicles. Already, major automakers are pouring billions of dollars into developing EVs here, and also in the world's largest automotive market, China. And while sales of energy systems have great potential, investors could easily argue that the two wildly different businesses should be separated.

If you're unconcerned about management being able to handle both businesses successfully, or expect that the company will find a way to separate them in a way that would benefit shareholders, AeroVironment is absolutely a growth stock you should seriously consider.