Please ensure Javascript is enabled for purposes of website accessibility
Log In Help Join The Motley Fool
Free Article Join Over 1 Million Premium Members And Get More In-Depth Stock Guidance and Research
By Dan Caplinger - Dec 11, 2017 at 8:21AM

Find out what to expect from the warehouse retailer when it announces its most recent results.

The holiday season is an essential one for retailers across the industry, and even businesses such as Costco Wholesale (COST -2.53%) that have extensive grocery operations still see a huge bump to their results during the last two months of the year. Costco differs from most of its peers in that its fiscal year splits the holiday shopping season into two separate fiscal quarters, with the results it will announce in the next week covering the key Thanksgiving weekend period while most of December will fall into the following quarter.

When Costco releases its fiscal first-quarter results on Dec. 14, investors will look to see how that critical period has gone. Yet they'll also want to know more about how the retail giant is fighting back against competition both from other big-box retailers and from online e-commerce specialists. Let's take an early look at what to expect from Costco's impending report and whether shareholders should prepare to celebrate.

What to expect from Costco earnings

Investors have gotten more enthusiastic in recent months about Costco's earnings prospects, boosting their consensus forecasts for fiscal first-quarter earnings by more than 2%. Full-year projections have also seen modest gains, and the stock has soared, climbing almost 20% since early September.

Costco's fiscal fourth-quarter results were strong and helped to build upward momentum for the stock price. Revenue soared 16% for the quarter, pushing net income higher by 18% and topping what most of those following the stock were looking to see. Comparable sales gains of more than 6% across the system showed accelerating growth from previous quarters, and a double-digit percentage gain in revenue from membership fees showed the benefits of the company's decision to implement price increases in the middle of 2017. 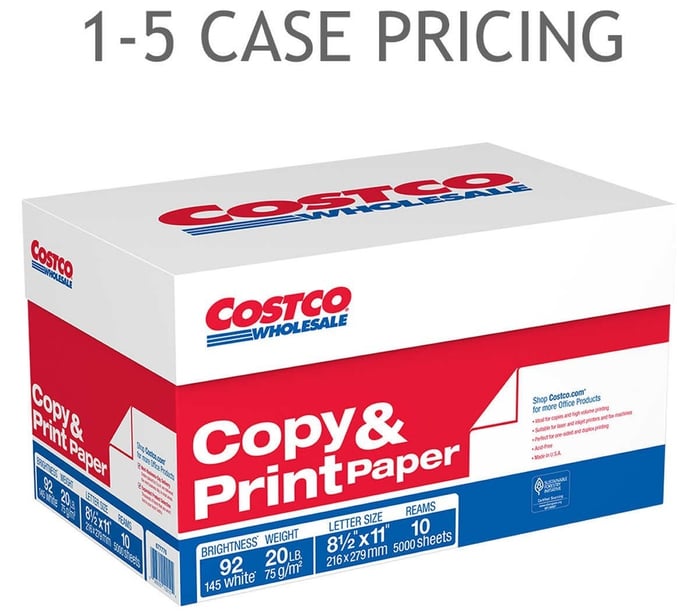 Costco's subsequent monthly sales figures show continued growth on the retailer's top line. A weaker U.S. dollar and higher gasoline prices have had a substantial upward impact on revenue, but even excluding those figures, comparable sales were up 6.2% in September, 5.6% in October, and 7.9% in November. About 1.5 percentage points of the resulting fiscal first-quarter comparable sales gain of nearly 8% came from the fact that Black Friday weekend and the pre-Thanksgiving weekend both fell into the first quarter of fiscal 2018 rather than the fiscal second quarter as it did last year.

Investors remain rightly concerned about how well Costco will be able to respond to the threat of online e-commerce. As shoppers get used to having things delivered to their doorsteps -- often at no extra charge -- the appeal of visiting a big-box warehouse store will diminish for some customers. Yet despite slight reductions in membership renewal rates, Costco has still been able to persuade 90% of its members to stay on board. Moreover, the pricing advantages that savvy shoppers can reap by visiting Costco stores pay off in some cases even in comparison to e-commerce retailers, and with an incentive to buy in bulk, picking up large supplies of bargain-priced goods remains a great way to make a Costco membership pay for itself in the long run.

Coming into Thursday's report, Costco investors should look closely at how favorable sales results translate into bottom-line growth, and they'll want to focus on comments from executives to provide additional color on what the numbers show. The retail industry is still in the midst of a major transformation, but Costco Wholesale is working hard to deliver what its customers want while finding ways to respond to changing consumer preferences in a manner consistent with its core values.