By most measures, oil-field services specialist Core Labs (NYSE:CLB) had an unimpressive 2017 campaign. Outside of a 2% dividend yield, the company didn't return much value to shareholders. In fact, shares are down 15% year to date. That's largely because a sharp recovery promised by management failed to materialize. Wall Street punished the stock for overpromising and underdelivering, which is why shareholders will be happy to forget 2017.

The good news is that the disappointing results weren't all that bad and the company is still running a healthy and profitable business thanks to its unique business model. The better news is that global energy prices are heading in the right direction to allow Core Labs to begin delivering on a long-awaited recovery -- albeit one year later than originally promised. 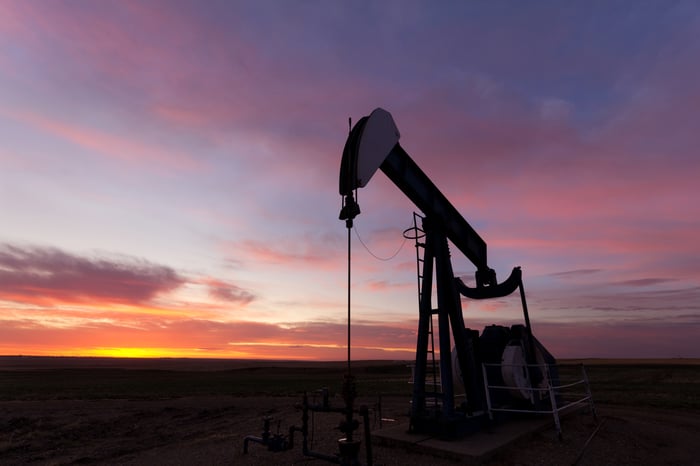 My colleague and energy specialist Matthew DiLallo recently summarized what went wrong for Core Labs this year. The company delivered results at or below its guidance range throughout the first three quarters of 2017. Consider that the combined earnings-per-share guidance range was $1.44 to $1.50, but Core Labs delivered $1.42 in earnings for the first nine months of 2017. A miss of that magnitude is hardly a showstopper, but Wall Street took a bigger-picture approach.

That is, the strong recovery in energy prices failed to occur as quickly as management promised. That forced many drillers to remain disciplined in their deployment of capital for most of the year, and since ponying up for advanced data analytics can be considered splurging, that left Core Labs in a vulnerable position relative to its rosy outlook.

The stalled recovery in energy prices was also coupled with lingering headwinds from the world's biggest markets. Labor and equipment shortages kept American drillers from hitting their full potential and delayed revenue recognition for Core Labs. Meanwhile, for much of the year, Wall Street didn't have full confidence that OPEC would continue to restrain production in the near future, a move thought necessary to rebalance global supply and demand.

The good news is that oil prices are ascending to multiyear highs to close out 2017. That promises to finally remove the market bottlenecks that have plagued Core Labs' recent performance.

The logic underpinning the bull case for Core Labs is relatively straightforward. Drillers have furiously cut operating costs in recent years, so crude oil sold today at $60 per barrel will be significantly more profitable than the same barrel sold at the same price point from just a few years ago. That extra profit could provide many drillers with ample capital to deliver value to their own shareholders -- a new focus of late -- and "splurge" on new technologies that could cut shale oil and gas production costs per well even further.

There's some precedent for this line of logic. Historically, the company's operating cash flow has tracked with crude oil prices, for better or worse, with an understandable lag of several months. 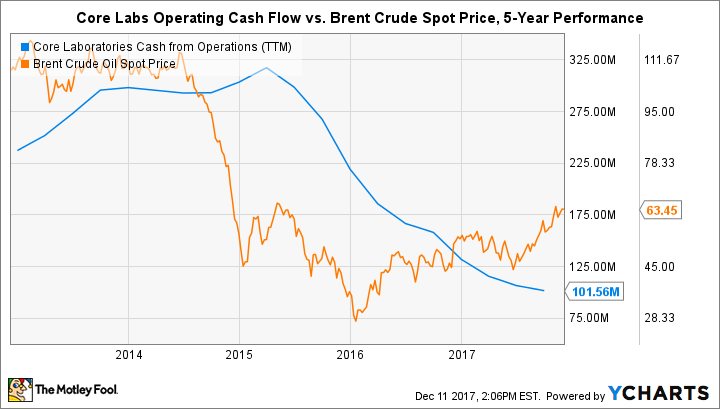 Of course, whether drillers actually invest in new production capacity with their expected windfalls or simply pocket the cash remains to be seen. And as investors in oil stocks know all too well at this point, unforeseen events have a funny way of derailing "straightforward logic" in the industry.

The only misstep made by Core Labs in 2017 was one of its own doing: setting expectations too high. While that has unfortunately weighed on the stock price in a relatively solid year, it's important to remember that the low-overhead business model remains comfortably profitable and poised for success in a higher-price oil environment. If the recovery in global energy prices proves more than a fleeting emotional response to OPEC's commitment to keep a lid on production, then there's strong reason to believe shareholders will be rewarded for their patience -- even if this was a year to forget.