The process of designing AI systems has historically been time-consuming and fraught with the potential for error. Google tested whether an existing AI system could automate the task, with surprising results.

The most exciting work in artificial intelligence (AI) is happening in the field of machine learning using a technique known as deep learning. This process enables computers to learn by running massive amounts of data through a complex set of algorithms. The system is inspired by the biology of the human brain, and is called a neural network.

Building these systems requires a team of scientists and engineers who painstakingly design the set of rules and methods necessary to achieve the desired result. With the current AI boom underway, experts with the skills required to create these systems are in short supply, with only an estimated 10,000 people worldwide proficient in the task.

Scientists at Google, a division of Alphabet Inc. (GOOGL -0.21%) (GOOG -0.27%), have done pioneering work in AI, and wondered if they could build an AI system capable of designing future systems. 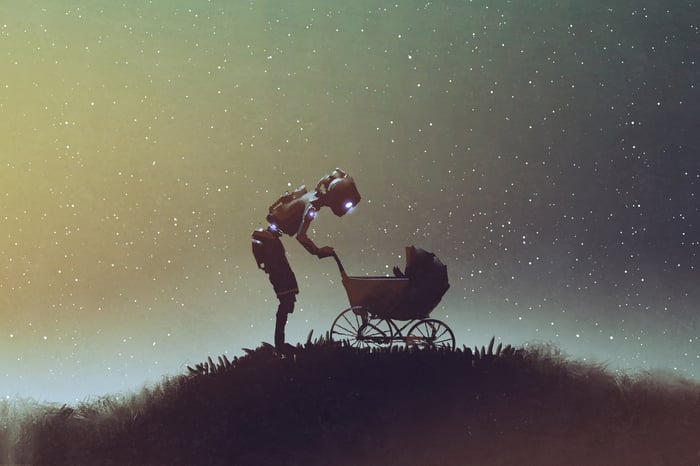 The Google Brain team built an AI that could create its own offspring. Image source: Getty Images.

Contrary to the depiction of AI in movies, each AI model is created for -- and can typically only accomplish -- a very specific and narrowly defined task. To use an extremely simplified example, if a system is designed to recognize cats, it can become extremely adept at distinguishing the furry felines -- but is completely incapable of identifying a dog. Consequently, scientists must create a new system for each subsequent task. These can include such diverse capabilities as the voice recognition used by smartphones or the language translation accomplished by Google Translate.

Back in May, Google debuted its AutoML project (ML is short for machine learning) which sought to automate the process of designing these machine learning systems. Creating an AI system that could build subsequent systems would shorten the amount of time necessary to deploy new models. In a blog post at the time, research scientists Quoc Le and Barret Zoph of the Google Brain team wrote:

In our approach (which we call "AutoML"), a controller neural net can propose a "child" model architecture, which can then be trained and evaluated for quality on a particular task. That feedback is then used to inform the controller how to improve its proposals for the next round. We repeat this process thousands of times -- generating new architectures, testing them, and giving that feedback to the controller to learn from.

The scientists noted that eventually the controller AI would become more proficient and achieve a greater degree of accuracy when training the child. 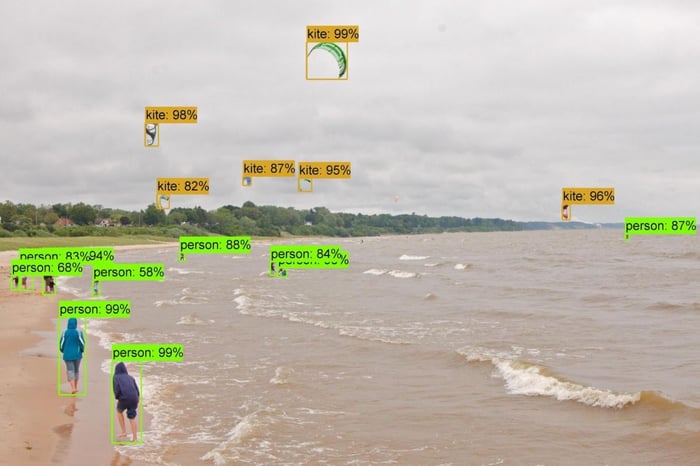 A child is born

The result of this research was an AI system dubbed NASNet, the AI child that was trained in computer vision and taught to detect objects, just like the technology deployed in self-driving cars. After the training process was repeated thousands of times, the system was tested against ImageNet image classification and COCO object detection data sets, "two of the most respected large scale academic datasets in computer vision."

When tasked to recognize objects -- like people and kites -- in real-time video streams, the child system achieved an 82.7% accuracy rating. This is more accurate than any state-of-the-art system currently available, and better than any built by humans. It also reduced the computational cost by half.

The future has arrived

Currently, self-driving car technology is on the fast track to adoption, and improvements in computer vision systems will result in better safety for autonomous vehicles.