Please ensure Javascript is enabled for purposes of website accessibility
Log In Help Join The Motley Fool
Free Article Join Over 1 Million Premium Members And Get More In-Depth Stock Guidance and Research
By Rich Duprey - Dec 13, 2017 at 11:47AM

The ever-quotable Warren Buffett once said that investors would do well to be fearful when others are greedy and greedy when others are fearful. Cigarette maker Altria (MO -1.34%) has had a rocky year, with shares hitting record highs, then sharply crashing when the Food and Drug Administration said it wanted to lower nicotine in cigarettes to nonaddictive levels.

Now its shares have rebounded 20% from that fall, but have yet to reach their prior high. So as the year comes to a close, it's a good time to assess whether investors should consider getting greedy with its stock or if there is good reason to be fearful. 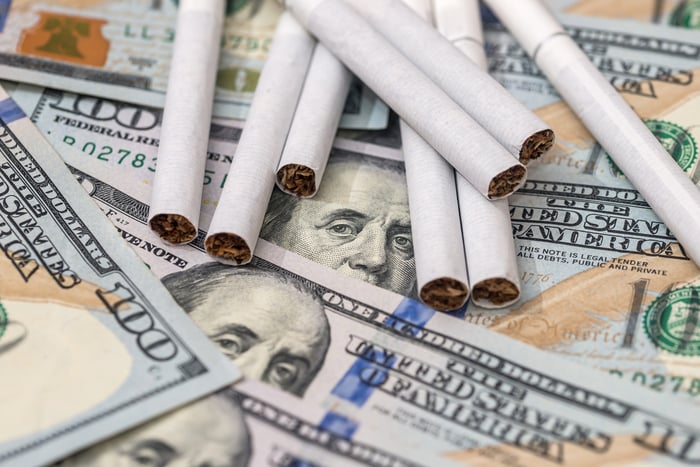 Be afraid. Be very afraid.

The bearish case for Altria is one that applies equally to all tobacco companies. Cigarette volumes continue to fall, and for Altria, they were down 4% over the first nine months of the year, with even its top-selling Marlboro brand down 3.9%. Back in August, Reynolds American noted industry volumes for premium cigarettes like Marlboro were down only 2.8%, so the brand was losing share.

That was borne out by Altria's third-quarter earnings report, which showed Marlboro shipments were down 6% in the third quarter and it lost a half-percent of market share in the period, although it still owns a 43.2% swath.

The FDA proposal could also cause cigarette sales to go into a tailspin. While existing law prevents the regulatory agency from mandating a 0% nicotine level, it can certainly butt right up against it, and according to at least one study, that's what the regulation would do if it wanted to reduce the chemical to nonaddictive levels.

The National Institutes of Health says the typical cigarette contains 10 to 15 milligrams of nicotine, and the average smoker ingests between 1 mg to 2 mg per cigarette, meaning nicotine levels would need to be reduced to as little as 0.5 mg, maybe less, if they take into account children who smoke but who haven't built up a tolerance yet.

Since the attraction of smoking is in the effects nicotine delivers, a virtually nicotine-free cigarette would hold little value for smokers. It could be a crushing blow to the industry as sales dry up and the tobacco companies have nothing to keep their hold on smokers. Also gone would be the companies' ability to raise prices virtually at will.

All the foregoing suggests investors would be wise to be fearful for what is to come. 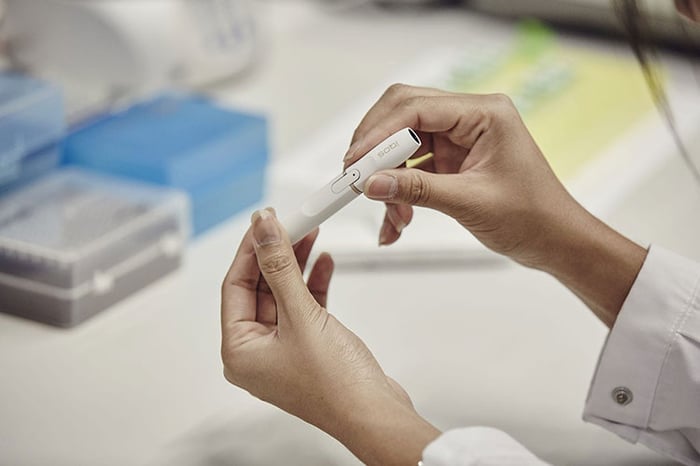 Time to back up the Brinks truck

On the other hand, there exists the possibility that the regulations that are ultimately approved, if any, won't be nearly so draconian and that a middle ground is sought that won't destroy the 13,000 jobs the industry employs.

Moreover, while some were surprised at the proposal, considering President Trump's stated commitment to reducing regulation, the FDA's announcement did come with a carrot to go with the stick. It was delaying regulations covering electronic cigarettes by five years because the FDA now also wants to see reduced-risk products enter the market. Or, as FDA Commissioner Gottlieb put it, nicotine was both the "problem" and "ultimately, the solution."

And therein lies the biggest hope. Philip Morris International (PM -3.14%) has said the future of cigarettes is going to be "smoke-free," and it, along with others in the industry, has invested billions of dollars to develop cigarette alternatives.

Philip Morris and British American Tobacco (BTI 0.48%) are battling in many markets around the world for supremacy in next-generation e-cig products like heat-not-burn technology. Rather than causing tobacco to combust and create smoke, the leaves are heated to the point of creating a vapor, which is much less harmful.

Philip Morris has applications in before the FDA to both market its heat-not-burn iQOS device as well as have it earn a reduced-risk classification. Achieving that goal will give it a competitive advantage over other products on the market that can't claim that. The benefit for Altria is that the tobacco giant has entered into joint venture agreements with Philip Morris to market the iQOS device under the Marlboro brand both here and globally.

As this is where the market is heading -- whether it's heat-not-burn technology, or something else -- Altria being able to piggyback on the growth of Philip Morris' leading e-cig suggests now is the time to be greedy.

Maybe one should never be truly too greedy, since another investing maxim says bulls make money, bears make money, but pigs get slaughtered. Yet investors should still consider Altria to very much be a buy since it's likely the main moneymaker for the company, combustible cigarettes, won't be going away anytime soon, while it is firmly aligned with where the industry is heading. This would be a good time to have a very bullish position on Altria.