The tiny yet promising biopharma may be taken more seriously after today.

Welcome to the popular clique, kid. Shares of clinical-stage biopharma Marinus Pharmaceuticals (MRNS -2.70%) rose as much as 22.2% by noon EST after the company announced it will be added to the coveted NASDAQ Biotechnology Index on Dec. 18. The index includes biopharma and (oddly) pharmaceutical companies that meet certain eligibility requirements such as a minimum market cap.

The NASDAQ Biotechnology Index is adjusted annually, and this year Marinus Pharmaceuticals made the cut. It provides the tiny biopharma with a bit more publicity. As of 12:23 p.m. EST, the stock had settled to a 17.4% gain. 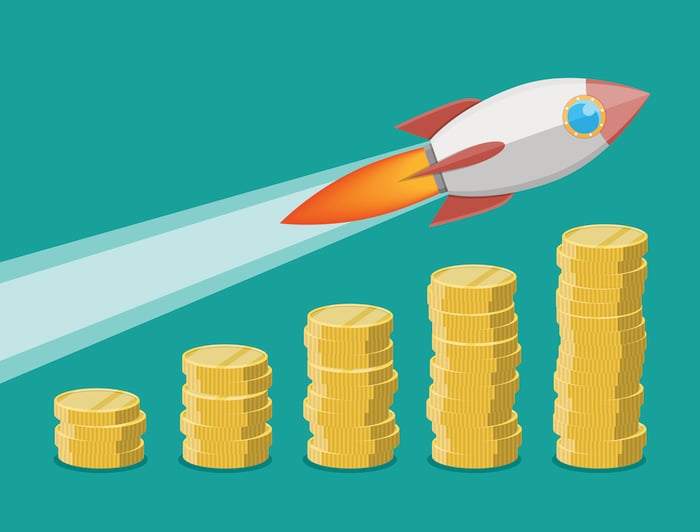 Marinus Pharmaceuticals may have begun 2017 as an obscure micro-cap company, but it's ending 2017 on an upswing. And it's not just today's news.

The company is developing a novel class of drugs that selectively modulate gamma aminobutyric acid, or GABA, receptors in the central nervous system for potentially treating a range of diseases including various forms of depression and epilepsy.

Investors have been increasingly bullish on the approach -- which could represent the first new mechanism of action for treating depression in decades and even provide treatment options for patients who do not respond to current selective serotonin reuptake inhibitors (SSRIs) drugs -- after larger peer SAGE Therapeutics posted promising results for a similar drug in a phase 2 trial. That news lifted Marinus Pharmaceuticals stock over 41% a week ago. The stock is up 864% in 2017.

It's important to remember that, ultimately, the long-term success of Marinus Pharmaceuticals will be determined in the clinic, not a popularity contest. The NASDAQ Biotechnology Index includes a relatively broad range and high number of stocks, so the news today isn't that novel, but it does serve as a nice bookend for what has been an incredible year.