Just as Amazon.com (NASDAQ:AMZN) announced a major expansion of its one-day and same-day shipping ahead of Christmas, Target (NYSE:TGT) shared its own announcement about bolstering its fulfillment capabilities. The retailer is acquiring Shipt, a leading same-day delivery platform, to bring same-day delivery services to half of its stores by early next year.

The $550 million acquisition will not only better position Target to compete with Amazon, but it will also strengthen Shipt's service, helping it better support digital fulfillment services at all retailers that use its membership-based delivery platform. In other words, it will help brick-and-mortar retailers fight back against Amazon's ever-growing ambitions. 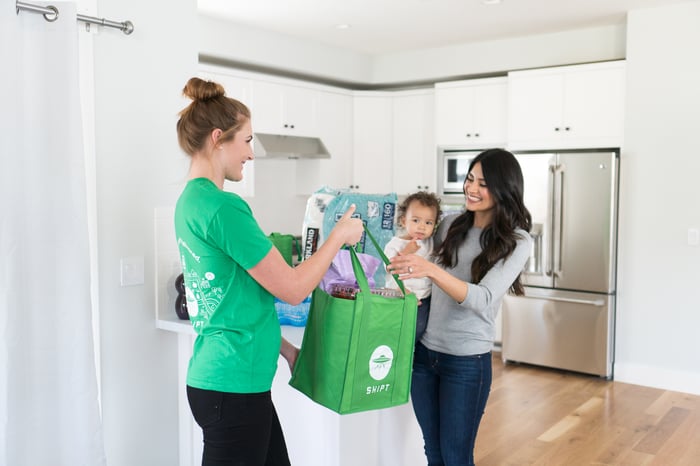 Expecting the acquisition to close before the end of the year, and subject to customary closing conditions, the $550 million cash deal will give Target full ownership of Shipt. But Shipt will continue growing its list of partner retailers and its membership base. In addition, Shipt will continue to operate independently from Target.

Importantly, however, the acquisition brings with it several new objectives for Target to bolster its delivery service. Target said it will offer same-day delivery services to guests at half of its stores by early next year, and at the majority of stores in all major U.S. markets before 2018's holiday season.

While Shipt currently focuses on groceries, the acquisition will mark an expansion of the types of goods Shipt delivers to customers. Target says it will offer same-day delivery of groceries, essentials, home products, electronics, and other products at the launch of its service early next year. Further, by the end of 2019, Target said it will offer same-day delivery of "all major product categories."

"With Shipt's network of local shoppers and their current market penetration, we will move from days to hours, dramatically accelerating our ability to bring affordable same-day delivery to guests across the country," said Target Chief Operating Officer John Mulligan about the acquisition.

Shipt offers free shipping on orders of $35 or more for its members, who pay $99 a year for unlimited access to the service. Target said customers will first have to go through Shipt directly to make their orders, but Target plans to eventually integrate same-day shipping into its website and mobile app.

While the acquisition certainly strengthens Target's efforts to provide faster delivery options for its customers, making it more competitive with Amazon, it also highlights the urgency for retailers to improve their order fulfillment as Amazon continues to augment its free shipping options. On Wednesday, Amazon said it is now offering free one-day and same-day shipping in 8,000 cities and towns -- up from 5,000 before. 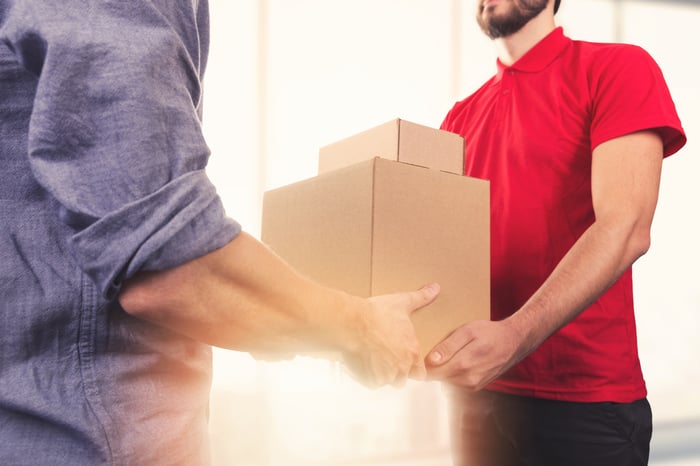 The intensifying battle between brick-and-mortar stores and Amazon's increasingly convenient delivery services is likely one reason Shipt will continue to serve other partner retailers even though it will be owned by Target. At this point, it's really Amazon versus all of retail.

The acquisition helps combat Amazon by scaling Shipt's business -- something most of Amazon's competitors would likely happily support. Indeed, this is one of the reasons for the acquisition said Mulligan, according to Recode.

Target's Mulligan said one reason to buy Shipt, instead of simply partnering with it, is to pump resources into the platform to help it grow its customer and partner base quicker than it otherwise could have. The more volume that flows through the Shipt platform, the more sustainable the business will become over time.

Target's acquisition of Shipt represents one way the retailer wants to stand up against Amazon. But as Amazon keeps expanding its convenient shipping options and growing its brick-and-mortar presence, Target -- and other retailers competing with Amazon -- will need far more than a $550 million acquisition. They'll need execution, aggressive investment, more partnerships, and plenty more.