With the company's business accelerating and acquisition of Numerex complete, now is a great time to buy shares of the Internet of Things pure play

But Sierra Wireless shares have fallen around 10% since then. And though the stock is still up more than 30% year to date, I think the recent pullback has created an opportunity for longer-term investors to open or add to a position. 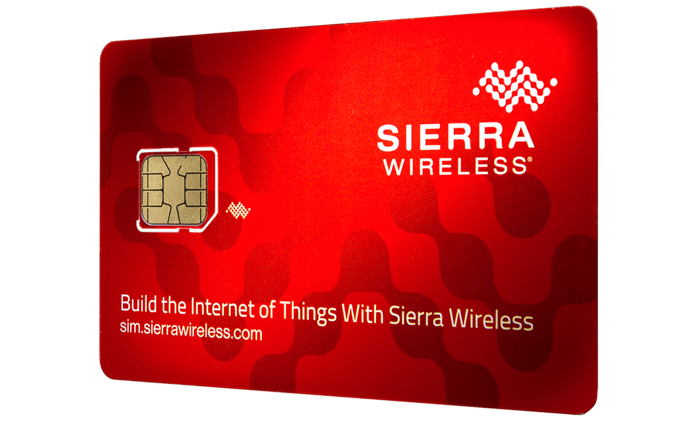 For one, Sierra Wireless is currently enjoying broad-based growth across each of its three business segments.

At its core OEM solutions business -- which represents its single largest segment through sales of embedded AirPrime connectivity modules -- revenue climbed 8.4% year over year last quarter, to $138.5 million. But more important to that end is that this growth came from both new and existing OEM customers across a broad range of industries ranging from automotive to security, mobile computing, transportation, and payments technology.

In addition, Sierra Wireless underscored "solid" design win activity during the quarter, indicating a high likelihood for sustained growth in the coming quarters. In particular -- and as some analysts on Wall Street are beginning to take note in recent weeks -- management anticipates material sales contributions coming from several large automotive programs in the second half of next year, driven by the increased ubiquity of internet-connected vehicle solutions.

And arguably most exciting, Sierra Wireless is taking advantage of its two larger businesses to drive new customers to its newer cloud and connectivity services segment, where it promotes its AirVantage Internet of Things platform, Smart SIM cards, and managed connectivity services. Sales climbed 20% at constant currency last quarter to a modest $8.4 million. According to the company, over 40% of new cloud and connectivity customer wins have come from its OEM and enterprise business units.

On the (now-complete) Numerex acquisition

That said, the cloud and connectivity segment recently became much, much larger with the completion of Sierra Wireless' previously announced acquisition of Numerex, a leading provider of managed enterprise solutions. To be fair, however, note that this was a stock-for-stock transaction through which former Numerex investors now own around 10% of Sierra Wireless shares. And while this helped explain some of the pullback since Sierra Wireless hit its highs earlier this summer, the market has known this dilution was coming since the purchase was revealed in early August.

For perspective, at that time Numerex was generating annualized sales of roughly $66 million, more than 90% of which came from recurring revenue sources.  As a wholly owned subsidiary of Sierra Wireless, those sales will now be included under cloud and connectivity operations.

But more importantly, the addition of Numerex will accelerate Sierra Wireless' progress and leadership position in the burgeoning device-to-cloud market. And the combination has created what Sierra Wireless CEO Jason Cohenour describes as a "clear global leader in IoT services and solutions."

Now is your chance

In the end, we're still talking about a small-cap stock (with a market cap of just over $750 million) that's being valued at a reasonable 18 times forward earnings as of this writing. As Sierra Wireless continues to foster its healthy core business while taking advantage of its newfound scale in the cloud and connectivity market, I think the stock has plenty of room to rise from here.