Investors are hoping for a rebound following weak sales numbers in previous quarters.

Nike's (NKE -6.82%) stock is up 17% over the last three months, as investors become more optimistic about Nike's growth strategy and less concerned about competitors' market share gains earlier in the year.

When Nike reports its fiscal second-quarter earnings on Thursday, Dec. 21, investors will be looking for more progress on strategic fronts, such as Nike's direct-to-consumer business, and the performance of new footwear products, in addition to management's outlook for the year ahead.

Here are the key numbers to watch when Nike reports. 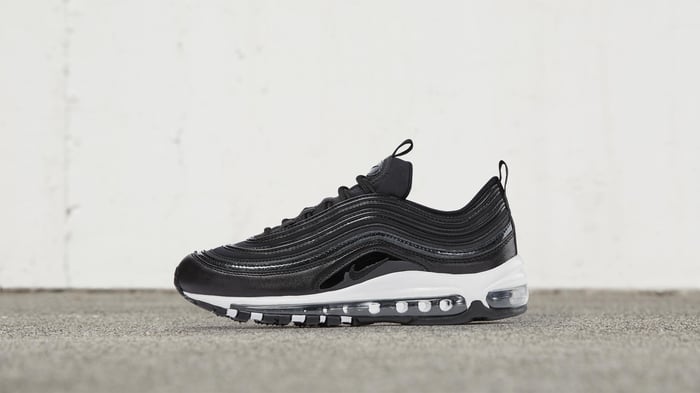 Management has shifted its standard for success in North America to the direct-to-consumer channel's performance. Digital is the future for Nike, in which management expects digital sales to increase from 15% of revenue today to 30% over the next five years. This will require investment to scale up the digital side of the business. Nike is also making investments to speed up the time products get to market, which is expected to not only make Nike more competitive but also improve gross margin over the long term.

These investments are ongoing, which will place pressure on margins in the near term. Gross margin contracted 180 basis points in Q1, and management expects a similar contraction in Q2. Operating expense is expected to grow low double-digits in Q2 but grow in line with revenue for the full fiscal year.

As a result of weakness in North American sales growth and ongoing investments in the short term, Wall Street analysts expect Nike to report earnings per share of $0.40, down from the year-ago quarter's $0.50 per share.

Footwear sales need to turn around

Footwear has been a weak category for Nike all year. In fiscal Q1, footwear sales grew only 1% year over year after posting 8% growth on a currency neutral basis in fiscal 2017, and that weak sales trend may continue based on the recent earnings results of one of Nike's biggest customers. Foot Locker cited weakness in footwear in its latest conference call with investors in November, but there were bright spots.

The one shoe category that may perform well for Nike is running, where Foot Locker reported that Nike's VaporMax and Air Max 97 were some of the strongest sellers in footwear. In fiscal Q1, Nike reported that Air VaporMax holds the top market share position at the $150-and-up price point.

On the apparel side, Nike has had more success than footwear in all regions around the world. In fiscal Q1, Nike's apparel sales were up 5% year over year, which follows 9% growth on a currency neutral basis in fiscal 2017. Foot Locker reported that Nike and other brands have been on point with their fleece and winter wear items, which may bode well for Nike's apparel sales as we move through the holidays.

Considering recent trends coupled with management's guidance, expect to see weak footwear sales, with stronger growth from apparel picking up the slack. Any surprise bump in footwear sales, however, would be particularly good news for investors. Investors will also want to watch the growth in the direct-to-consumer channel, in which online sales were up 19% in Q1. Nike's direct sales channels will be increasingly important to Nike's top-line growth over the long term.

In addition, China has a healthy appetite for athletic wear, where Nike has been consistently growing at a double-digit rate across footwear and apparel. With nearly half a billion millennials, China plays an important part of Nike's long-term growth strategy, so watch for strong growth in that region.

With Nike's stock on the rebound following its last earnings report, investors don't seem overly concerned about its near-term low growth expectations and are instead focused on the year ahead. Beyond the numbers, management needs to give investors confidence that its growth objectives are on track.