Find out the latest company that mentioned the NFL's impact on its business.

Wall Street finally gave up some ground on Thursday, as the Dow Jones Industrials finished down more than 75 points. Major benchmarks generally posted modest losses of half a percent or less as investors continued to get pulled in both directions by political wrangling in Washington. Tax reform now appears to have a path to full approval, but at least a few lawmakers voiced their dissent for certain provisions that made it into the final compromise proposal. Moreover, some bad news from individual companies spoiled the market's previously positive tone. Sanderson Farms (SAFM -1.41%), Valeant Pharmaceuticals International (BHC -1.76%), and Criteo (CRTO 1.46%) were among the worst performers on the day. Below, we'll look more closely at these stocks to tell you why they did so poorly.

Shares of Sanderson Farms fell 13% after the meat producer reported its fiscal fourth-quarter financial results. The producer of chicken and other meats said that sales climbed 16% from the year-ago quarter, but net income fell slightly over the same period. CEO Joe Sanderson Jr. said that the quarter marked "the end of another record year for Sanderson Farms" but that hurricane disruptions made a typical seasonal decrease in demand worse. The CEO also noted that some of its customers have told the company that traffic is down because of NFL player demonstrations, although competitors' substitutes for traditional chicken wings could also be having an impact on overall performance. 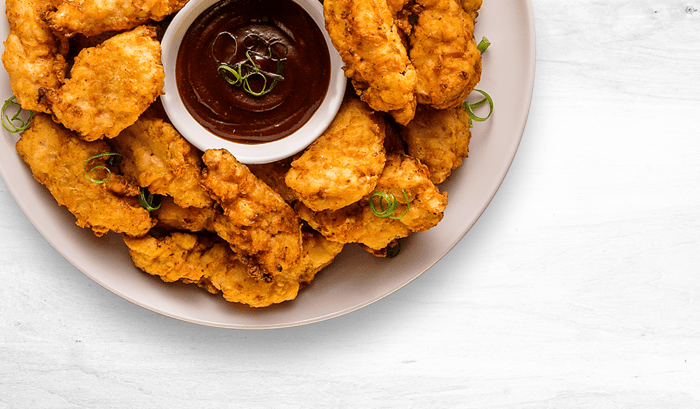 Valeant gets smacked with a downgrade

Valeant Pharmaceuticals International stock dropped 11% in the wake of negative comments from Wall Street analysts. The pharma company's shares got downgraded from neutral to underweight by JPMorgan, whose analysts argued that the future loss of patent protection on key drugs might make current valuations suspect. Although Valeant has done a good job of paying down some of its debt, it still faces a considerable load that could make it tougher to maintain, especially if the Federal Reserve continues with interest rate increases over the next couple of years. Without pipeline success, Valeant could face tough times in the near future.

Finally, shares of Criteo plunged 23%. The advertising technology company provided an update on its outlook for the fourth quarter, saying that revenue could see a negative impact from recent moves by Apple to strengthen its ad-tracking prevention system. The latest version of the iOS operating system disables a method that Criteo had previously used for the Safari browser, and although Criteo had already anticipated some downward impact from the move, it will now have to develop long-term alternatives to find a workaround. Until things play out a bit more, Criteo will be flying blind in trying to determine just how big a hit it will take.

3 Stocks That Have Been Cut in Half This Year