The House of Mouse is acquiring most of Fox's assets for more than $52 billion in stock.

Shares of Twenty-First Century Fox (FOX) (FOXA) and The Walt Disney Co. (DIS 2.33%) climbed 6.5% and 2.7%, respectively, on Thursday after Disney announced it would acquire most of Fox's assets in an all-stock deal worth roughly $52.4 billion.

More specifically, Fox will first spin off its Fox Broadcasting network and stations to shareholders, including Fox News, Fox Business Network, sports stations FS1 and FS2, and the Big Ten Network into a newly listed company. Then Disney will acquire the Twentieth Century Fox Film and Television studios, as well as its cable and international TV businesses. 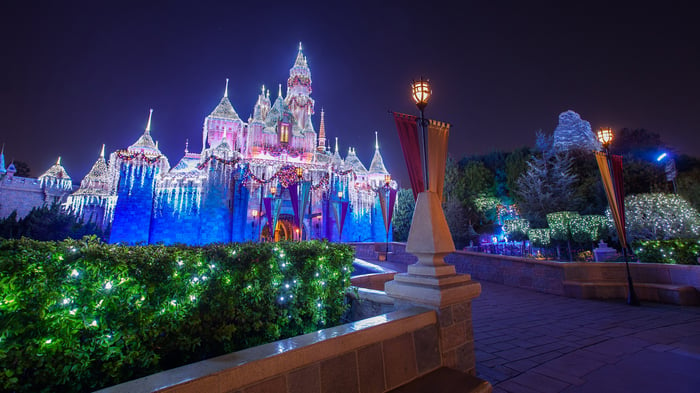 The news effectively confirms reports from last month that talks to this end had been held between the two media conglomerates. Per the terms of the final agreement, Twenty-First Century Fox investors will receive 0.2745 Disney shares for each share of Twenty-First Century Fox they hold -- which means Disney will issue roughly 515 million new shares representing a roughly 25% stake on a pro forma basis. Disney will also assume roughly $13.7 billion of Fox's debt.

Drilling down further into what this means for Disney -- and keeping in mind it already owns Marvel, Lucasfilm, and Pixar -- the House of Mouse will be acquiring the rights to Avatar and Marvel's X-Men, Fantastic Four, and Deadpool. Disney will also own hit TV series including This Is Us, Modern Family, and The Simpsons, as well as National Geographic, FX Networks, Fox Sports Regional Networks, a controlling stake in Hulu, a 39% stake of European satellite provider Sky, and Star in India.

At the request of both companies, Disney's Bob Iger has agreed to continue as chairman and CEO through the end of calendar-year 2021. Previously, Iger was set to retire in mid 2019.

We are extremely proud of all that we have built at Twenty-First Century Fox, and I firmly believe that this combination with Disney will unlock even more value for shareholders as the new Disney continues to set the pace in what is an exciting and dynamic industry. Furthermore, I'm convinced that this combination, under Bob Iger's leadership, will be one of the greatest companies in the world. I'm grateful and encouraged that Bob has agreed to stay on, and is committed to succeeding with a combined team that is second to none.

Of course, the boards of both companies have already approved the transaction. Assuming it also receives the approval of shareholders and antitrust regulators, the deal is expected to close by the end of June 2018. Until then, we can expect shares of Fox to be closely tied to the ebbs and flows of Disney stock.