Please ensure Javascript is enabled for purposes of website accessibility
Log In Help Join The Motley Fool
Free Article Join Over 1 Million Premium Members And Get More In-Depth Stock Guidance and Research
By Timothy Green - Dec 15, 2017 at 11:49AM

The footwear company got an analyst upgrade, extending its months-long rally.

Shares of footwear company Crocs (CROX -1.48%) jumped on Friday after the company received an analyst upgrade. This move adds to a rally that began in May. Crocs stock was up about 14% at 12:15 p.m. EST, and is now up more than 100% since bottoming out earlier this year.

An analyst at Stifel upgraded Crocs to "buy" on Friday morning. Stifel had previously downgraded the stock to "hold" in April 2016. This upgrade comes about a month after analysts at CL King & Associates downgraded the stock due to the valuation reflecting the company's growth prospects. 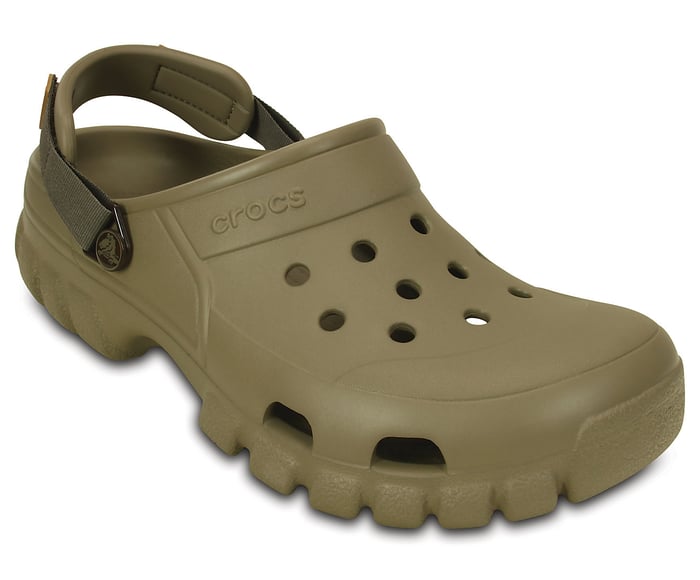 Crocs' latest quarterly report beat analyst estimates for both revenue and earnings, but revenue declined for the fourth consecutive quarter. The company guided for flattish revenue for the fourth quarter, with a guidance range of $180 million to $190 million straddling last year's result of $187 million.

With the move higher on Friday, Crocs is now valued at about $900 million. The company hasn't turned a GAAP profit in the past three years, but a return to the double-digit operating margins of the past would more than justify the stock's price tag.

Crocs needs to return to revenue growth in 2018 and beyond, but it also needs to begin producing profits once again. The average analyst estimate calls for earnings per share (EPS) of $0.23 in 2018, putting the forward price-to-earnings ratio at a lofty 54. Clearly, Stifel expects the situation to improve far more than analysts do on average.