Bandwidth (NASDAQ:BAND), a cloud communications provider for app developers, went public in mid-November at $20 per share. Investors didn't rush out to buy the stock, however, which was priced at the low end of its $20-$22 price range; it currently trades at around $21.

Bandwidth suffered from tough comparisons to its larger competitor Twilio (NYSE:TWLO), which went public last July at $15 per share. Twilio surged to the mid-$60s before dropping back to the mid-$20s, but it remains well above its IPO price. 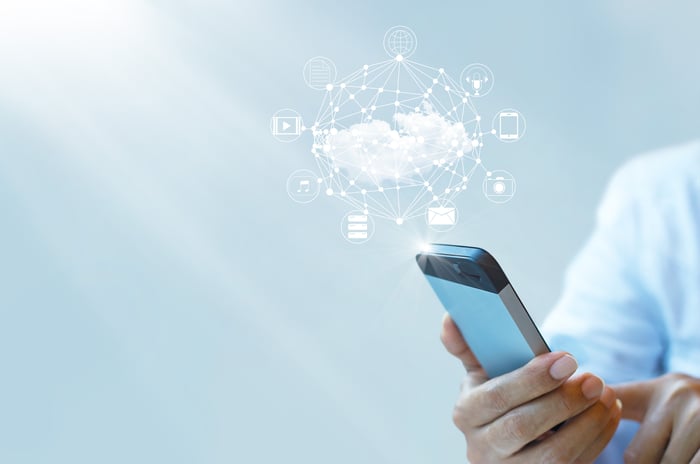 Twilio's growth was ultimately throttled by three issues -- its soaring valuation, its lack of profitability, and its vulnerability to competing platforms like Bandwidth and Vonage's Nexmo.

Meanwhile, Bandwidth is profitable and offers slightly cheaper rates than Twilio for lower-volume users. Unlike Twilio, which acts as a "middleman" between carriers and apps, Bandwidth operates its own nationwide IP voice network.

These strengths seemingly make Bandwidth a safer play on the growing CPaaS (communications platform as a service) market than Twilio. However, I believe that Twilio is still the better long-term CPaaS play for three simple reasons.

The problem is that Bandwidth, which is based in North Carolina, didn't attract any venture funding or media interest like Silicon Valley-based Twilio. As a result, Twilio established a first mover's advantage in the space and secured a long list of big customers, including Facebook, Uber, and Airbnb.

Bandwidth's bottom line improvements are admirable -- it generated $22.4 million in net income last year, compared to a net loss of $6.7 million in 2015. Twilio's net loss narrowed last year, but it's nowhere near breaking even.

2. A "best in breed" reputation

Bandwidth and Twilio both profit from the rise of "no stack" start-ups, which develop a core service for their apps while outsourcing other features -- like integrated calls, messages, mobile payments, and mapping services -- to other companies.

Bandwidth and Twilio's cloud-based voice calls, messages, and communications tools are integrated into apps via APIs (application programming interfaces). But the key difference is that Twilio has already established a "best in breed" reputation among its top customers, while Bandwidth remains the untested underdog. That's why JPMorgan recently listed Twilio as one of its favorite plays in the growing AI market.

Bandwidth also has a growing list of customers, including Microsoft and Alphabet, but it's unclear if that support will significantly bolster its growth over the next few years.

Twilio is also diversifying its business beyond its original voice call and text messaging services. During its recent investor day presentation, Twilio noted that adding its APIs to virtual assistants, fax services, AR/VR platforms, and holographic computing (like HoloLens) would diversify its business over the next eight years.

If those efforts pay off, Twilio could evolve into a more diversified cloud services company like Salesforce and widen its moat against CPaas rivals like Vonage and Bandwidth.

Bandwidth is a smaller company, and it hasn't presented comparable long-term growth plans yet. It could certainly follow Twilio's lead and expand into adjacent markets, but its slower sales growth and more cautious, self-owned network approach might throttle its long-term growth.

Twilio's market-leading position in the CPaaS market makes it a more comfortable growth play than Bandwidth, but it's still a more speculative stock.

Twilio still trades at six times sales, which matches the industry average for application software makers but remains much higher than Bandwidth's P/S of 2. Bandwidth also trades at a reasonable 14 times earnings, while Twilio is unprofitable. Therefore, Twilio will likely remain a highly volatile and unpredictable play on the cloud market for the foreseeable future.