Getting tickets to college sporting events can be a costly ordeal. Competitive programs often require fans to make large donations just for the privilege of doling out even more money for tickets.

In many cases, universities require donations that exceed the face value of their seats. This season, Louisiana State University's football fans paid a mere $425 for each seat near the 50-yard line at its home games, but the school required an additional donation of $1,025 to its Tradition Fund, thus bringing the total price to $1,450 per seat.

Universities with competitive sports teams have long been able to command a higher price for season tickets, thanks to how the donations are treated under tax law. The IRS currently allows taxpayers to deduct 80% of payments made for "the right to purchase tickets for seating at an athletic event in an athletic stadium" as a donation. 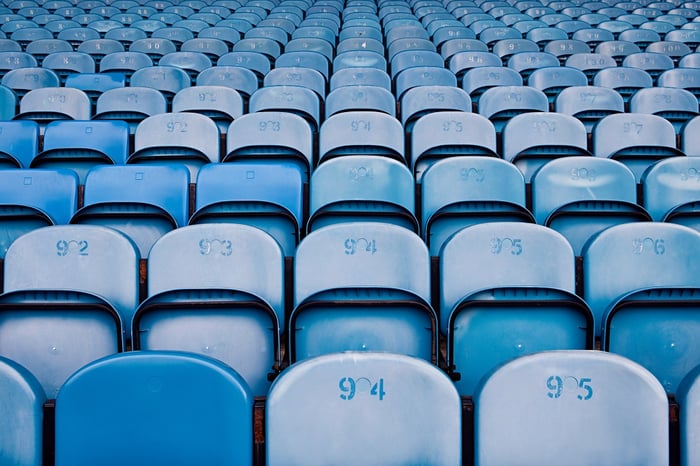 As a result, most schools stuff most of the would-be ticket price into a required donation. In LSU's case, a fan could deduct 80% of the $1,025 required donation as if it were any other type of deductible charitable giving. The taxpayer would score an $820 tax deduction, saving approximately $325 in federal income taxes at the highest marginal tax bracket of 39.6%. Thus, for the highest-income earners, the tax-adjusted price of some of the best seats falls to roughly $1,125 from the nominal price of $1,450.

The tax savings that college sports fans enjoy may run into the hundreds of millions of dollars, though they've never been estimated by a government agency. In 2012, Bloomberg sent public-records requests (subscription required) to state schools in the largest football conferences. Only 34 schools specifically reported these donations, but together they collected $467.2 million in ticket-related donations from fans in the 2011 fiscal year.

Based on a 28% tax rate, the publication estimated that the U.S. government missed out on approximately $105 million of would-be tax receipts due to this relatively obscure deduction. Given that it sampled only a subset of the more than 1,000 schools for which fans can deduct donations for access to tickets, the authors estimated that Americans may have collectively deducted $1 billion in ticket-related payments in 2011.

Tax deductions for college are nothing new

The federal government effectively subsidizes university budgets directly with research grants, and indirectly through various tax provisions; the largest of those is the deduction for interest paid on student loans, which allows students to afford higher tuition prices.

Luckily for indebted graduates, the student-loan tax deduction is one deduction that isn't going away. The Republican tax plan will enable borrowers to continue to deduct up to $2,500 of student-loan interest, a benefit that phases out based on a taxpayer's adjusted gross income. The reform bill that previously circulated in the House of Representatives would have eliminated the deduction for student-loan interest.

Of all the ways the GOP could pay for tax cuts with revenue increases elsewhere, eliminating a dubious deduction for ticket-related donations is seemingly one of the most fair. As it stands, this deduction makes college sports tickets less expensive for high-income earners than those of modest means. A fan who earns $1 million per year might pay a tax-adjusted price of roughly $1,125 to watch LSU football games from the 50-yard line, while one earning just $40,000 per year might pay a tax-adjusted price of $1,327 for the exact same seats.

The complexity of the tax code results in truly odd methods for allocating scarce resources. If each year the federal government doled out cash to universities based on their success on the football field in the preceding year, Americans would lose their minds. But, although it's a relatively small sum of money, allowing season-ticket holders to deduct payments for seats at college sporting events means that taxpayers are effectively subsidizing schools with the most successful sports programs.