Can John Legere reinvent the most hated industry?

Love him or hate him, you must respect T-Mobile's (TMUS 1.69%) John Legere. One thing that's undisputed is his well-known penchant to disrupt entire industries. Shortly after taking over T-Mobile, Legere announced his Uncarrier initiative, a program designed to attack nearly every consumer-unfriendly provision in wireless contracts. It worked: T-Mobile continues to aggressively steal market share, pushing past beleaguered Sprint to become the third-largest wireless carrier in the United States.

No longer content with wireless disruption, it appears Legere has another industry in his sights. On Twitter, the CEO announced in his usual bombast, "We're getting ready to take on & (sic) disrupt another broken, arrogant industry – CABLE (sic)!" 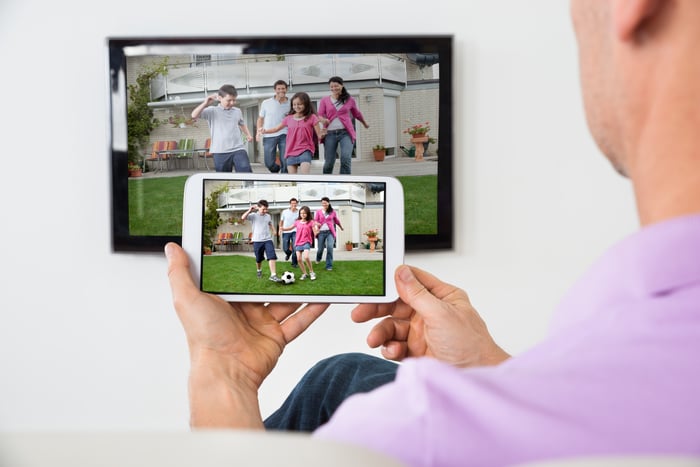 T-Mobile is getting into the subscription television industry by buying Layer3 TV. While the sum was undisclosed, Crunchbase reports the company has received $72 million in funding, the latest funding round raising $51 million in 2015. Unfortunately, neither the T-Mobile acquisition nor the funding have total value figures for the company.

Currently, Layer3 provides large-package (275 channels) streaming-based television to five cities. With this horizontal acquisition, T-Mobile moves closer to resembling the two largest wireless carriers --Verizon and AT&T -- with their FiOS and DirecTV offerings, respectively. However, once again Legere has an eye on the future with streaming-based delivery with fewer legacy and maintenance costs. And in typical Legere fashion, it's likely T-Mobile wireless subscribers will benefit.

Legere may not understand this industry

Legere faces different conditions with subscription TV than in wireless communications, most notably heavy supplier power. Legere noted that cable TV has increased 48% since 2010, in an attempt to fault cable providers, but fails to acknowledge the biggest reason for the increase: programming costs from cable networks like The Walt Disney Company's ESPN, which costs cable subscribers $7.54 per month alone.

These programming providers have been resistant to online delivery, fearing cheaper prices will hurt its bread-and-butter: traditional large-package television. The biggest names in technology have tried to recreate the subscription-TV experience, including Amazon and Apple, yet failed. Legere may share a similar fate if the company attempts to enact consumer-friendly bundles and options.

Cable networks should be cautious, but not worried, at least at this point. Currently, Layer3 is a large-package service, although T-Mobile executives said they will create a "variety of offers, some low cost." Instead, the Layer3 acquisition is a play to steal market share from cable providers like Verizon, AT&T, Comcast, and Time Warner. In his announcement video, Legere noted bundled services, long-term contracts, and hidden fees were what the company was looking to eliminate with its new service. These are issues at the provider level.

By going up against Big Cable, Legere has his work cut out for him. It's likely the CEO will find a tougher path ahead than his takeover of the wireless industry as cable networks will forcefully push back if proposed packages threaten their profit streams. However, John Legere has proven he can take on formidable foes and win market share. One thing's for sure, I wouldn't bet against him.