Hormel Foods (NYSE:HRL) is a quintessential Dividend Aristocrat. It's a boring, reliable, defensive stock whose portfolio of protein-rich packaged foods has allowed it to raise its dividend payout each year for the last 52 years. In November, it lifted its quarterly dividend by 10%.

While you may be familiar with some of Hormel's products including its namesake chili, bacon, and sliced meats, the company has a wide variety of other brands under its umbrella. These include legacy brands like Spam, Dinty Moore, Chi-Chi's and Jennie-O, and more recent organic additions such as Applegate deli meats and cheeses, Justin's nut butters, and Muscle Milk protein shakes.

At a time when consumers are turning away from legacy food brands and traditional packaged foods in general, those organic food acquisitions give Hormel a profile more like a growth stock rather than that of a staid dividend payer. 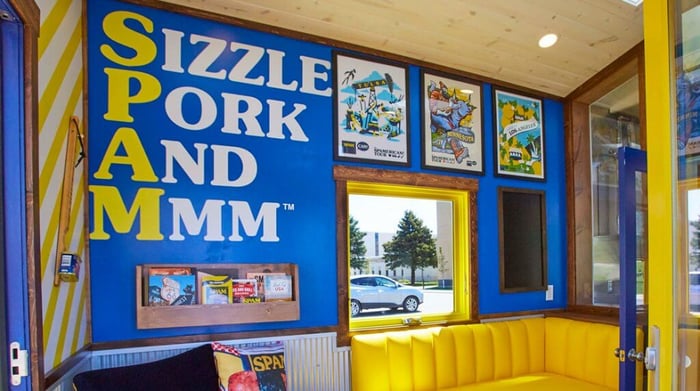 Like other legacy foodmakers, including Campbell Soup, Kellogg, General Mills, and others, Hormel has struggled to deliver significant organic growth -- that is, growth not including acquisitions -- in recent years. Hormel has an advantage over its competitors, however, as it specializes in protein-rich foods, which have become more popular as a growing number of Americans have embraced a low-carb diets. Hershey (NYSE:HSY), for example, bought meat snacks-maker Krave in 2015 to move away from candy and into protein snacks.

In recent years Hormel has made several acquisitions to reorient its portfolio to changing consumer tastes. These included Wholly Guacamole, Skippy peanut butter, Muscle Milk, Justin's, and Applegate, as detailed above, in addition to Fontanini Italian Meats this past August and Columbus Manufacturing, a premium deli meat maker that Hormel acquired for $850 million last month, sparking a surge in Hormel's stock price. In addition, Hormel has sold a number of brands over the last two years, including Farmer John, Diamond Crystal Brands, and Ceratti.

As a result, overall sales volume was down 8% in the fiscal year ended in October, but organic volume increased 2% and organic dollar sales were up 3%. Considering the challenges in the packaged food industry, that level of growth represents a respectable performance.

A closer look at Hormel's results reveals that some segments are growing faster than others. In fact, organic sales at its Grocery Products, Refrigerated Foods, and International divisions increasing 7.1%, 8.5%, and 11.6% in the most recent quarter, but were dragged down by weak performance from the Jennie-O Turkey Store and Specialty Foods. Since Jennie-O was the only one of its five divisions to post declining organic sales -- they fell 2.3% last year -- it could be a good candidate for a divestiture, although the company blamed the recent slide on oversupply in the turkey industry and lower commodity turkey prices.

Can it be a growth stock?

Hormel will never be a growth stock in the traditional sense, as the packaged food segment is a mature market with few opportunities for blowout sales growth, especially for a company anchored by legacy brands like Spam and its namesake products. However, there are reasons to think that Hormel's growth will accelerate from the organic numbers it put up last year. If the company continues to pivot to faster-growing brands and categories, its growth rate should improve. And the recent acquisition of Columbus is a positive sign for future acquisitions: at $850 million, it's the biggest in the company's history.  Columbus had total sales of about $300 million last year, and management said the deal would add $0.06-$0.08 in earnings per share by fiscal 2019.

Hormel's appeal to investors will continue to be as a dividend stock, as it offers a decent 2% yield, a modest payout ratio of less than 50%, and a nearly unbeatable track record of dividend hikes. However, with its strength in protein-based foods and savvy acquisition strategy, the company could deliver faster growth than the market expects over the coming years.