Please ensure Javascript is enabled for purposes of website accessibility
Log In Help Join The Motley Fool
Free Article Join Over 1 Million Premium Members And Get More In-Depth Stock Guidance and Research
By Timothy Green - Dec 19, 2017 at 8:10AM 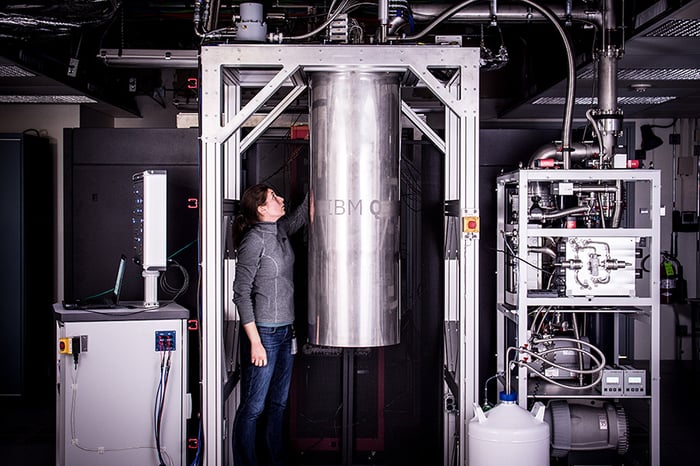 It's likely that we're still many years away from meaningful commercialization of quantum computing, but some companies are beginning to get serious about the technology. International Business Machines (IBM 0.69%) recently announced that it had successfully built a prototype quantum computer with 50 qubits, and Alphabet's Google is working on its own quantum machines. Microsoft recently announced a new programming language, Q# (pronounced "Q sharp"), designed for writing quantum algorithms that can be run in a simulator on the company's Azure cloud platform.