Shares of Blue Apron Holding Inc. (NYSE:APRN) were gaining again Tuesday, continuing a bull run that started when the meal-kit service hired a new CEO on Dec. 1. In recent days, the stock has moved higher on reports that new CEO Brad Dickerson has acquired around $700,000 in Blue Apron stock since taking the helm. 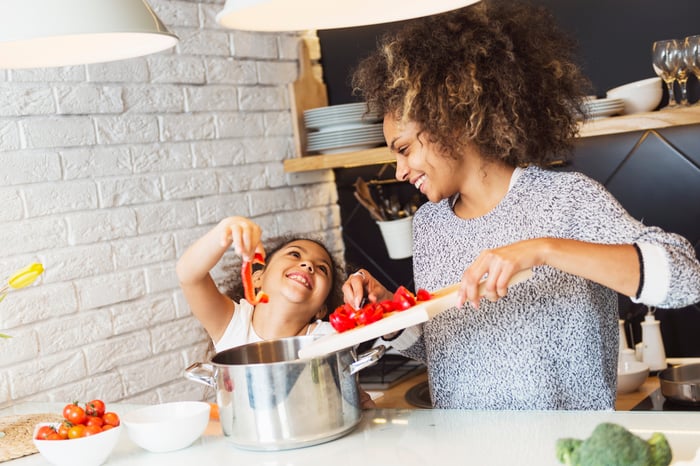 Insider buying is often a bullish signal for a stock as company officers and directors have more information than anyone else on the company, and Dickerson's purchase also demonstrates his own confidence in the stock, which has now risen nearly 50% since he took over.

Dickerson has also been busy with some other moves as Senior Vice President of Operations and Fulfillment Pablo Cussatti resigned the day after Dickerson's appointment. That decision likely had to do with the problems the company experienced earlier this year with its transition into a new facility in Linden, New Jersey that hampered its growth considerably.

Blue Apron shares may have already hit bottom as the stock was as low as $2.96 before the CEO change, and the company has already dumped the bad news that revenue is expected to fall by double digits in the current quarter. However, there are reasons that 2018 could be more promising. The first quarter, historically, has the strongest growth in the meal-kit industry as cold weather keeps Americans at home and New Year's resolutions push people to cook more and eat healthy. With the transition to the Linden, New Jersey fulfillment plant complete, the company can now focus on ramping up marketing efforts, which should help return it to growth. Dickerson, who brings experience as COO and CFO of Under Armour, also offers a reason to believe in a turnaround.