Please ensure Javascript is enabled for purposes of website accessibility
Log In Help Join The Motley Fool
Free Article Join Over 1 Million Premium Members And Get More In-Depth Stock Guidance and Research
By Daniel B. Kline – Updated Dec 21, 2017 at 6:42AM

They can turn a small problem into a bigger one for consumers who already are struggling.

Banks offer overdraft protection programs ostensibly to protect consumers. In theory, by opting into these protections, account holders shield themselves from having payments not go through.

The overdraft protections allow for consumers to over-draw their accounts to varying degrees depending on the bank and the program. When this happens, the bank covers the charge, but tacks on a fee (generally $35 per overdraft). That's a stiff price to pay when a math error or a check not clearing in time causes one or more overdrafts.

Consumers have to opt into these programs, but a new survey conducted by Pew Charitable Trusts shows that many people remain confused.

"Overdraft programs are often marketed as a service that banks provide to cover occasional budgeting errors," wrote Pew, but in practice, they are not well understood by consumers and often fail to meet their needs." This lack of understanding can have a major impact on how much consumers spend on overdrafts." 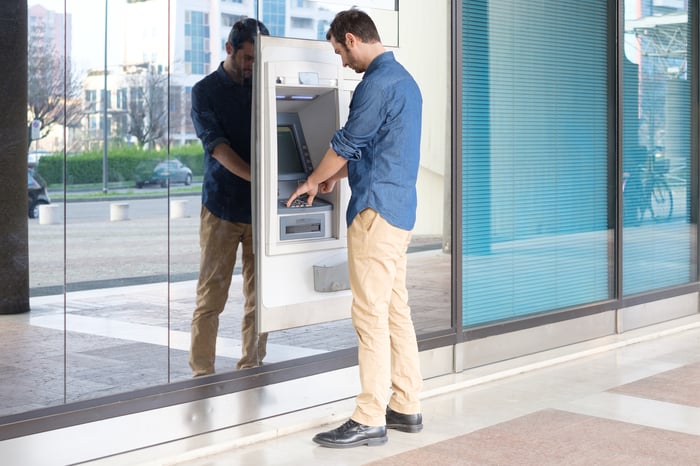 Over-drawing your account can result in fees if you opted into overdraft protection. Image source: Getty Images.

What did the survey show?

Pew Charitable Trusts found that widespread confusion exists among people who opt into overdraft protection programs. Among this group, nearly 75% don't realize that if they choose to not add overdraft protection they can have charges declined without a fee. In addition, 54% of heavy overdrafters (defined as those with three or more over-drafts a year), specifically believe they would incur a fee if they did not opt for overdraft protection and had a charge declined. 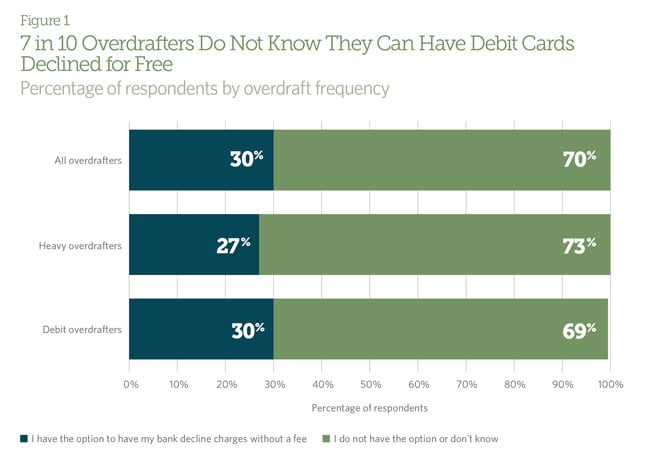 Why is this an issue?

It's also worth noting that 54% of overdrafters told Pew that they could not use a credit card to cover a $400 expense. For these people, overdrafts are essentially short-term loans with heavy fees and immediate payment terms.

"Some consumers view overdraft programs simply as a way to make sure a payment goes through when they may not have adequate funds available, but a third see it as a way to borrow when they are short on cash," wrote Pew Charitable Trusts. "Those who use overdraft repeatedly pay high prices for those small loans, because they lack sufficient access to affordable credit that can meet their needs."

For many of the people caught in this predicament, the alternatives -- things like high-cost payday loans -- are even worse than paying overdraft fees. That puts them in a difficult cycle where a small shortfall can snowball into a much bigger problem.

Overdraft "protection," in many cases amounts to a penalty in the form of $35 fees on those who can least afford to pay them. Correcting that involves opening up less-punitive ways to borrow money for people struggling to make ends meet who face an unexpected financial burden. It also requires banks to take a much more vocal and active effort in letting customers know that they don't have to elect overdraft coverage that opens them up to repeated fees.

Pew Charitable Trust suggests that banks, credit unions, and other financial institutions should offer small installment loans with lower costs, affordable payments, and more time to repay. These loans, which would limit payments to no more than 5% of the person's paycheck, would prevent at-risk consumers from falling into big debt due to their inability pay small debts.