Please ensure Javascript is enabled for purposes of website accessibility
Log In Help Join The Motley Fool
Free Article Join Over 1 Million Premium Members And Get More In-Depth Stock Guidance and Research
By Jamal Carnette, CFA - Dec 22, 2017 at 11:30AM

Texas Instruments has shareholder-friendly management, improving margins, and a long runway for growth.

Management has a clear policy of returning all free cash flow (cash from operations minus capital expenditures) back to shareholders in the form of dividends and share repurchases. On its investor relations site, the company notes it has retired 43% of its shares outstanding since 2004, the year Rich Templeton assumed the CEO role, and has increased its dividend for 14 consecutive years, most recently announcing a massive 24% dividend increase. 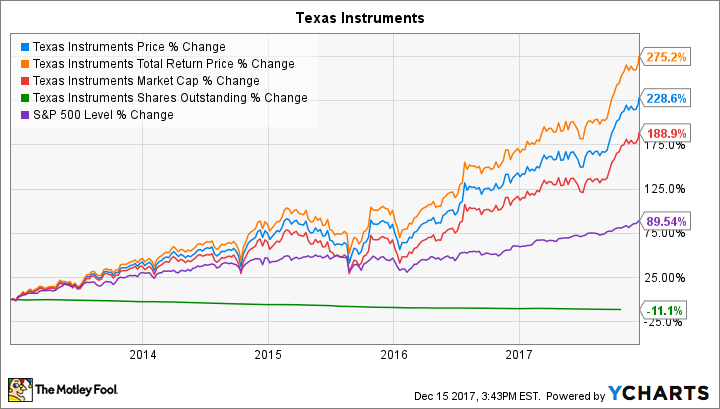 Texas Instruments is growing in all the right places

I feel Texas instruments will be able to continue to grow its free cash flow. In the nine months ended Sept. 30, Texas Instruments increased revenue 12.6% on a year-over-year basis. Even better for the company, the fastest-growing division (17.9%) was analog, which has a higher operating profit margin -- 46% -- than embedded processing and other, as both have 32% operating margins. 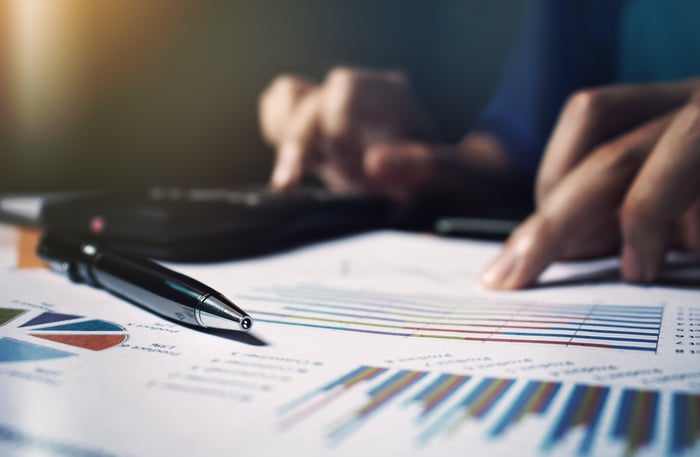 Look for Texas Instruments' analog division to become more profitable as the company increases its 300-millimeter chip output. Versus 200-milimeter, the chip cost is 40% less, which will lead to higher operating margins. Last year the company produced $4.1 billion in cash flow and has grown that figure by 7% annually over the last five years. The combination of margin improvement and revenue increases will lead to further free-cash-flow growth.

Concerns look to be addressed

One thing I'm monitoring closely is the company's commitment to growing and reinvesting in its operations. Managers can be too shareholder-friendly at the expense of suppliers, consumers, and employees. Things look great with the latter; Templeton was rated the 51st-highest-rated CEO in Glassdoor's 2017 Employees Choice survey, finishing two spots ahead of Apple CEO Tim Cook.

The company is customer-friendly, boasting a large sales staff. Additionally, switching costs and fear of new partnerships make for sticky customers in analog and embedded processing applications. Days payables outstanding, a proxy for supplier relationships, has decreased over the last five years, which points to healthy relationships with vendors and a reputable business. Overall, it appears the company is doing a good job managing various stakeholders.

Chip demand will continue to be strong as driver assistance/self-driving technologies come online and the Internet of Things demands more processing connections. Texas Instruments may not be on the forefront of sexy end-markets like artificial intelligence or e-sports, but it will benefit from secular tailwinds nonetheless. However, unlike AI chipmakers Nvidia and AMD that trade at forward price-to-earnings ratios of 40 times and 29 times, respectively, Texas Instruments trades in line with the greater S&P 500 at a forward P/E ratio of 22 times.

Texas Instruments is a shareholder-friendly company with improving financials and long-term tailwinds. It meets all my requirements for a long-term investment, and I plan to buy the company as soon as trading rules allow.