Please ensure Javascript is enabled for purposes of website accessibility
Log In Help Join The Motley Fool
Free Article Join Over 1 Million Premium Members And Get More In-Depth Stock Guidance and Research
By Adam Levine-Weinberg - Dec 24, 2017 at 8:30AM

While TJX stock has fallen out of favor with investors recently, a surge in earnings next year could reignite the stock.

For much of the past decade, shares of off-price retailers like TJX Companies (TJX -2.93%) and Ross Stores (ROST -3.65%) moved steadily higher, as it became clear that they were uniquely equipped to avoid disruption from the rise of e-commerce. 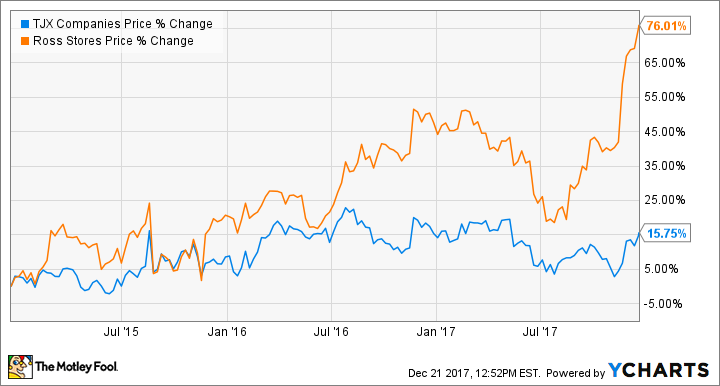