Please ensure Javascript is enabled for purposes of website accessibility
Log In Help Join The Motley Fool
Free Article Join Over 1 Million Premium Members And Get More In-Depth Stock Guidance and Research
By Rick Munarriz - Dec 26, 2017 at 8:37AM

The social media giant hit its highest levels since 2015 as analysts check in with bullish updates.

Shares of Twitter (TWTR 2.25%) hit fresh two-year highs last week, as a flurry of positive developments lit a fire under the social media giant. Several bullish analyst moves, the launch of a new streaming news network, and even some intriguing posts by Tesla Motors (TSLA 1.24%) guru Elon Musk helped push the stock 10% higher for the week.

The week kicked off with Twitter teaming up with Bloomberg Media to roll out TicToc, billed as the first global news network built for Twitter. TicToc's focus is streaming all news stories, not just the financial insights that most people associate with the Bloomberg TV brand. 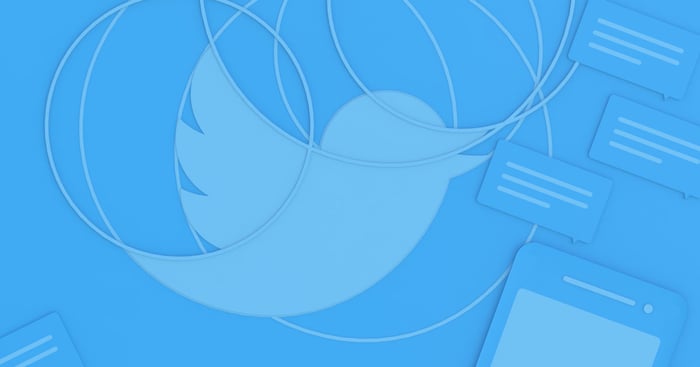 A few Wall Street pros waxed upbeat on the stock last week. Doug Anmuth at JPMorgan upgraded Twitter from neutral to overweight, lifting his price target from $20 to $27. He feels that Twitter's investment story and financial results will improve as the year ahead plays out. He sees a return to revenue growth, something that has dogged the company as it struggles to monetize the growing popularity of its platform. He's tapping Twitter as one of his firm's best mid-cap ideas for internet stocks in 2018.

Jonathan Kees at Summit Redstone initated coverage of the stock with buy rating and a price goal of $26. He feels that the comparisons for top-line growth should get easier in 2018. A lack of revenue growth through 2017 hasn't held Twitter back in 2017. The stock soared 21% the week it posted mixed third-quarter results, with its third straight period of declining revenue. Imagine how good things can be when its improving base of daily active users translates into top-line gains.

Anmuth's target price of $27 was the highest among his peers, but that only lasted two days. Jim Kelleher at Argus would go on to bump his goal from $25 to $30 on Wednesday. He sees Twitter taking a more aggressive stance on policing its site for toxic content is a positive, and he feels that growth initiatives won't stifle the user experience.

The stock would also go on to be named a "Best Long Idea" at Hedgeye. The independent investment research company points out that the stock may be trading well above the average analyst price target, but it would rather risk the pullback than be left on the outside looking in to the momentum darling.

There was no shortage of praise coming Twitter's way from the analyst community, but perhaps the most interesting love letter came from Tesla Motors' Musk who professed his admiration in the form of a tweet on Thursday.

Whether it was genuine love or just a nod to the noise that can percolate on the platform, the exchange got interesting when someone suggested that Musk buy it if he likes Twitter so much.

How much is it?

No one really thinks that Tesla Motors will be adding Twitter to its shopping list anytime soon. Musk had a hard enough time justifying the ingesting of SolarCity. However, what started as a tongue-in-cheek quip might not seem so funny as Twitter justifies this year's meteoric ascent. Investors were worried about the platform's popularity stalling a year ago, but we've now seen four consecutive quarters of double-digit growth in daily active users. Twitter stock spikes in the past were typically triggered by buyout rumors, but now it's the platform's growth that's driving the stock higher -- and it's the latter scenario that delivers sustainable stock gains.