Please ensure Javascript is enabled for purposes of website accessibility
Log In Help Join The Motley Fool
Free Article Join Over 1 Million Premium Members And Get More In-Depth Stock Guidance and Research
By Rich Duprey - Dec 26, 2017 at 11:06AM

The specialty chemicals maker should be focusing on its chlor alkali business.

Like the old Sesame Street learning game "One of These Things Doesn't Belong," the Winchester ammunition business of specialty chemicals manufacturer Olin (OLN 2.07%) looks oddly out of place among its chlor-alkali and epoxy businesses.

Ammunition may be the oldest business Olin operates, having its roots in the Equitable Powder blasting powder company founded in 1892 by Franklin Olin, and the subsequent Western Cartridge Company (and the Winchester brand extends even further back to the founders of Smith & Wesson), but it increasingly has a diminishing role in the chemical company's fortunes. 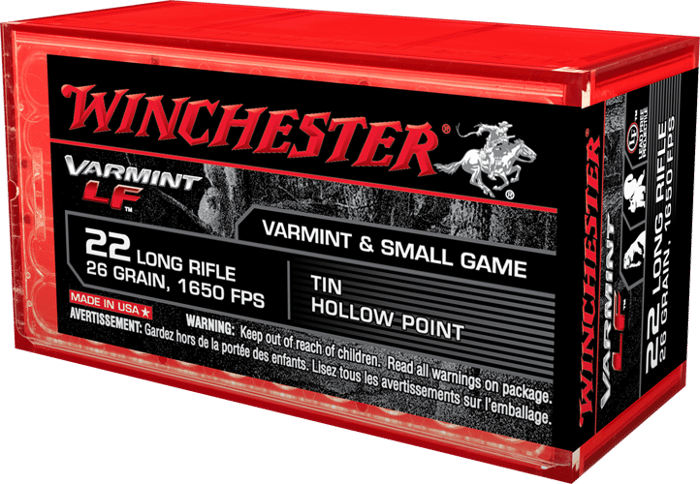 The Winchester segment contributes just 11% to Olin's total revenues, down from one-third as recently as 2014, but with operating margins of almost 12% it also represents Olin's most profitable business. Considering the current state of the firearms industry, it may be a good time for the ammunition business to be sold.

Olin makes most of its money in the chlor alkali business, a group of key industrial chemicals such as industrial bleach and caustic soda that are made through the production of chlorine.

Although this is another segment that dates back to 1892 for Olin, it became the world's largest producer in 2015 when it acquired Dow Chemical's chlor alkali and epoxy businesses for $5 billion, which was being sold so Dow could win regulatory approval for its merger with DuPont (DD). The cash and stock deal saw Dow shareholders end up with 50.5% of Olin's stock, though Dow itself did not have an ownership stake in the chemicals and ammo maker.

In 2016 Olin generated almost $3 billion in sales from this enhanced segment with another $1.8 billion coming in from the epoxy business. In contrast, Winchester contributed $729 million. So far in 2016, chlor alkali sales are up 16% as it has gotten better caustic soda prices and epoxy sales are 12% higher, also due to better pricing, though volumes are down because of Hurricane Harvey.

Firearms are off target

Not surprisingly, Winchester sales are down 9% over the first nine months of 2017 as the firearms industry continues to deal with slack demand and higher inventories. Commercial sales, where Olin generates most of its money in the ammunition market, saw sales fall 20% in the third quarter. It has, however, been able to slightly offset those declines with more sales to the military, for which it produces small caliber ammunition. 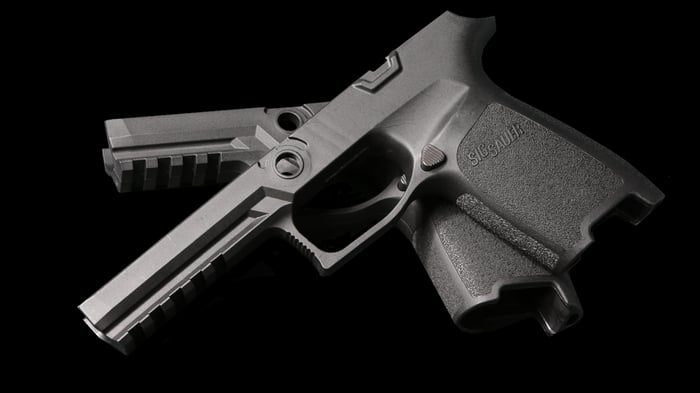 For example, earlier this year Sig Sauer's P320 pistol won the modular handgun system contract for the U.S. Army, beating out the Beretta M9, which has served as the standard sidearm since 1985. The 10-year $580 million contract has Olin supplying Winchester ammunition as a subcontractor for Sig Sauer. The P320 is one of the most popular civilian handguns as well.

Olin has won other military contracts of its own over the years, including two last year for various categories of ammunition that total $375 million and run for five years, as well as others for the Navy, Marines, and Homeland Security.

While there is a case to be made for retaining the business, which, as CEO John Fischer said during the last earnings conference call in answer to a question about whether Olin might sell the business, it remains "a very good return on capital business and a very good cash flow business for Olin," there are perhaps stronger arguments to be made for selling it.

It's clear Olin views its chlor alkali business, and to a somewhat lesser extent the epoxy business, as where its growth lies in the future. The acquisition of Dow's operations was the largest in Olin's history. Ammunition is profitable, but its impact lessens with each passing quarter and can be volatile.

And there would undoubtedly be some very willing buyers. Both Vista Outdoor (VSTO 2.56%) and Remington Outdoor are the two other major ammunition manufacturers in the U.S., and both are hurting now financially and could likely use the profitable Winchester brand to bolster their own ambitions.

Vista derives more than half of its revenues from shooting sports, and it has a broad portfolio of ammunition brands including Federal Premium, American Eagle, Speer, and more. Remington's namesake brand is unquestionably a leader already, but it hasn't stopped the firearms manufacturer from being dragged to the brink of bankruptcy.

Because ammunition is now so far afield from Olin's main objectives, Winchester almost serves as a distraction. It really doesn't belong and Olin would do well to concentrate on its larger chlor alkali opportunities.