China's online search leader is at its lowest short interest of 2017. Healthy organic revenue, widening profit margin, and a low risk rating are scaring away the bears.

The number of naysayers willing to put their money where their bearishness is keeps shrinking since peaking at 7.3 million in mid-July. Baidu stock has moved nicely this year -- up 45% in 2017 -- so a diminishing number of shorts doesn't necessarily mean the value of the wagers is shrinking. However, it's still noteworthy that 4.4 million shares sold short is the lowest tally of 2017. Bears are moving on, so let's check out the reasons pessimists are parking elsewhere as the year comes to a close. 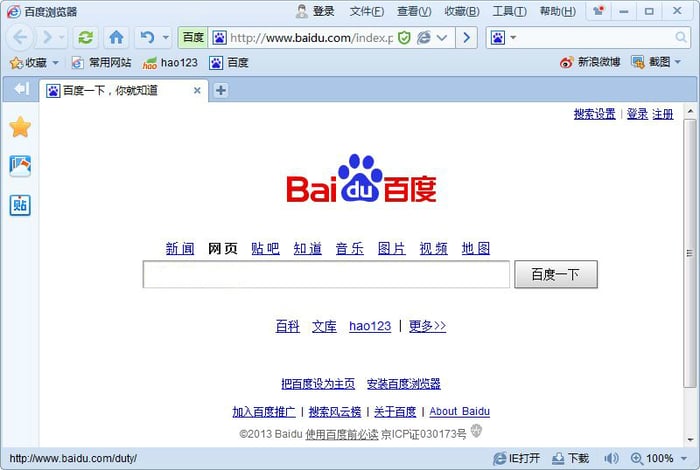 The days of depressed top-line growth are over. Revenue rose 29% in Baidu's latest quarter, its headiest uptick since late 2015. The return to growth isn't a surprise. Regulators shackled Baidu and smaller search engines in May of last year, after the death of a cancer patient who turned to a Baidu sponsor for treatment resulted in all Chinese portals scaling back on lucrative medical-related sponsored listings.

Tighter restrictions held back search advertising revenue for five quarters, but we're finally back to the point where year-over-year comparisons are fair again. Baidu growing at a 29% clip isn't scintillating, and analysts targeting just 23% top-line growth in 2018 isn't ideal, but that's the kind of steady growth that's risky to short.

Baidu's revenue growth may not seem that impressive, but the news gets a bit more titillating on the bottom line. Net income soared 156% in its latest quarter, and while a one-time gain padded the profit, operating income still rose at an encouraging 69% clip.

Earnings growth is explosive again at Baidu, as the dot-com darling has been unloading profit-slurping businesses like its Baidu Deliveries restaurant delivery platform and its mobile gaming unit. Margins are improving Baidu, outside of its content cost-intensive iQIYI streaming video service. The end result has been breathtaking, with Baidu consistently trouncing analyst profit targets by a double-digit percentage basis over the past year.

3. There are more speculative opportunities elsewhere

Shorts need volatility, and Baidu has been surprisingly steady. Its beta over the past year clocks in at a mere 0.93, well below its five-year score of 1.91. Shorting a stock is risky, and it's no fun for trigger-finger speculators to see a stock merely pace the market.

Internet stocks and Chinese internet stocks in particular are no longer speculative playgrounds. There are enough stocks to bet against given the volatility in biotechs, cannabis, bitcoin, and most recent IPOs. A stock that's been a rewarding investment without a heavy dose of risk is not where bears like to party.