Please ensure Javascript is enabled for purposes of website accessibility
Log In Help Join The Motley Fool
Free Article Join Over 1 Million Premium Members And Get More In-Depth Stock Guidance and Research
By Timothy Green - Dec 27, 2017 at 8:15AM

By keeping customers in the dark, Apple's effort to make old iPhones run more smoothly by slowing them down looks like a blatant attempt to sell more phones.

If your iPhone seems sluggish after installing the latest version of the iOS operating system, you're not alone. Apple (AAPL 1.62%) confirmed last week that it slows down the processors in recent iPhone models, an attempt to prevent an aging battery from causing problems. Apple began doing this with the iPhone 6 and iPhone SE, and it plans to expand the number of supported devices in the future.

Not surprisingly, the class action lawsuits have begun rolling in. Users are understandably upset that Apple was purposefully slowing down their expensive phones behind their backs. Apple's rationale isn't unreasonable; a slowed-down phone is a lot better than a phone that crashes frequently due to a weak battery. But by keeping this a secret -- only acknowledging the feature when users figured out what was going on -- Apple has done some damage to its most valuable asset. 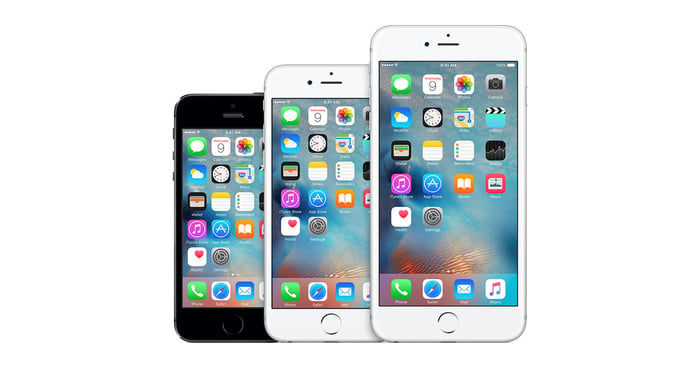 There's no brand quite like Apple. A big chunk of the iPhone user base automatically buys new iPhones when the time comes to upgrade. They don't even consider the alternatives. This intense customer loyalty is the source of Apple's competitive advantage. It's why the company can generate nearly $50 billion of annual profits in an ultra-competitive market.

The quickest way to destroy that kind of loyalty is to bamboozle your customer. The feature that slows down old iPhones isn't the problem. The problem is that Apple didn't tell its customers what it was doing. The most cynical interpretation is that Apple wanted frustrated users to buy new phones. Whether or not that was a consideration on Apple's part, selling more phones is a side effect of the decision to keep the feature secret.

An iPhone user, stuck with a newly sluggish old-model iPhone, had only one way to fix the problem prior to Apple's disclosure: buying a new iPhone. Before Apple admitted what it was doing, there wasn't any reason to believe that a simple battery replacement would fix the problem. This worked in Apple's favor. The company would much rather sell an iPhone than a replacement battery.

Now that the cat's out of the bag, iPhone users with a sluggish device have a cheaper option. A $79 battery replacement at an Apple Store costs nearly nine times less than the base model iPhone 8. The result -- a snappier phone -- is the same in both cases.

What can go wrong for Apple

The immediate consequence of Apple's admission is that at least some iPhone users are going to opt for battery replacements to extend the lives of their iPhones rather than buying new iPhones altogether. The number may not be big enough to matter, but it's hard to say for sure. This could put a damper on iPhone demand at the same time that the ultra-expensive iPhone X is reportedly not selling all that well.

The longer-term consequence is a potential erosion of that intense customer loyalty that gives Apple an edge. Will loyal iPhone users consider switching to Android in big enough numbers to make in impact on Apple's bottom line? Will Android users toying with a switch to Apple reconsider?

All of this could have been avoided had Apple been upfront about its slow-down feature. No matter what the intentions were, the move comes off as at least a little bit sleazy. This may be the biggest test of Apple's customer loyalty yet.