Find out which one of these companies made a big strategic move today.

Wednesday was a relatively calm day on Wall Street, where reduced trading volume has reflected the typical state of affairs for the last week of the calendar year. Major benchmarks finished in the green, making only tiny moves as market participants wait to see how investors will react to a much different tax regime that takes effect next week. Yet some stocks saw outsize gains. DryShips (DRYS), Brookfield Infrastructure Partners (BIP -0.38%), and Floor & Decor Holdings (FND -2.46%) were among the best performers on the day. Below, we'll look more closely at these stocks to tell you why they did so well.

Shares of DryShips climbed 10% after the company announced that it had received financing commitments from a pair of commercial lenders and had sold one of its older vessels. The cargo vessel specialist said that it has obtained senior secured credit facilities totaling $125 million, secured by four tanker vessels and three dry bulk vessels. It also sold its 2001 Panamax vessel Ecola to an unaffiliated buyer, getting total proceeds of $8.5 million. CEO George Economou noted that the moves were consistent with its drive "to execute on our business plan with the support of our lenders, which is a testament to the strength of the company's balance sheet." Yet even after today's gains, DryShips shares are down more than 99.9% in 2017, with multiple dilutive events and reverse share splits having hit long-term investors. 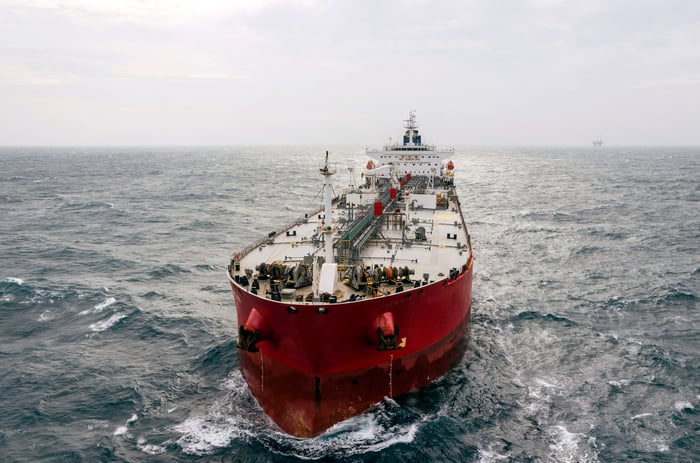 Brookfield Infrastructure Partners stock picked up 4% in the wake of the company's announcement that it will sell its nearly 28% stake in Chilean regulated electric transmission utility ETC Transmission Holdings to China Southern Power Grid International for $1.3 billion. ETC is the parent company of Transelec, which is the largest pure-play electric transmission company in the South American nation and serves all but a tiny fraction of the Chilean population. Brookfield CEO Sam Pollock said that the move aims "to dispose of mature infrastructure assets and to redeploy the proceeds in higher-returning opportunities." Investors liked the move, and if it closes on schedule in the first half of 2018, then Brookfield could see stronger growth going forward.

Floor & Decor is strong to the core

Finally, shares of Floor & Decor rose 8%. The newly public home improvement retailer just had its IPO earlier in 2017, but already, it has made a splash in the industry. Positive momentum in the stock began in early November, when the company posted comparable-store sales gains of 13.5% despite having to deal with the negative impact of hurricanes in Texas, Florida, and surrounding areas. With some of the company's key niche rivals suffering from scandals and poor business results, the field is open for Floor & Decor to grab up market share quickly. Investors today seem to be betting that the company can ride its recent wins into 2018 and beyond.