Campbell Soup Company (NYSE:CPB) recently announced it was purchasing snack food company Snyder's-Lance (NASDAQ:LNCE), famous for pretzels, popcorn, and potato chips. This is just the latest purchase Campbell has made to try and reverse sliding sales as the food industry undergoes change.

Campbell is buying Snyder's-Lance for $50 a share, payable to Snyder's-Lance shareholders in cash. That's a 27% premium to the stock's price on the last trading day before reports of the sale became public. The snack food company's stock jumped up to the sale price after the deal was announced. 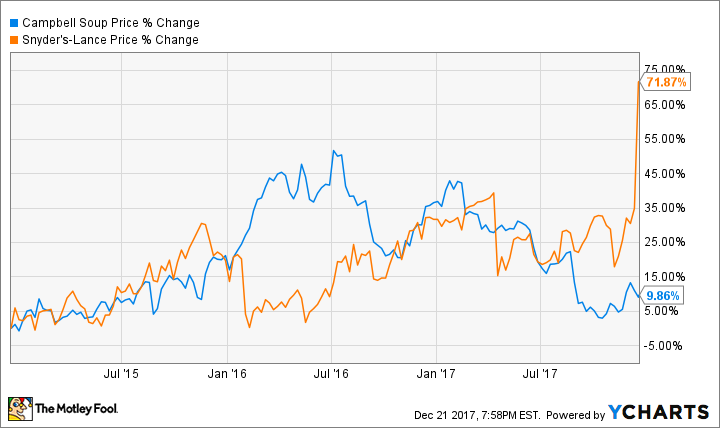 Campbell will add Snyder's-Lance to its "global biscuits and snacks" segment, which includes Pepperidge Farms cookies and crackers, Arnott's biscuits, and Kelsen cookies. That segment accounted for about a third of net sales in the most recently reported quarter. The acquisition will add names like Snyder's of Hanover pretzels, Pop Secret popcorn, and Kettle Brand potato chips to the biscuit and snacks business. The new company will have combined sales of over $10 billion, and management expects the combination will save $170 million a year by 2022.

Campbell Soup Company might even want to consider changing its company name. After the acquisition, nearly half of the iconic company's business will come from baked snack foods. The actual soup segment will drop to a mere 27% of annual sales based on numbers from the past 12 months.

The rationale for the purchase is that the snack food industry has been a top performer in the U.S. market, growing by nearly 3% a year the last three years. Snyder's-Lance has been doing even better with an 11.5%-a-year average from 2012 through 2016. Soup, in the meantime, has struggled. Campbell's soup sales fell 1% last fiscal year and kicked off the start of the new fiscal year with a 9% decline. 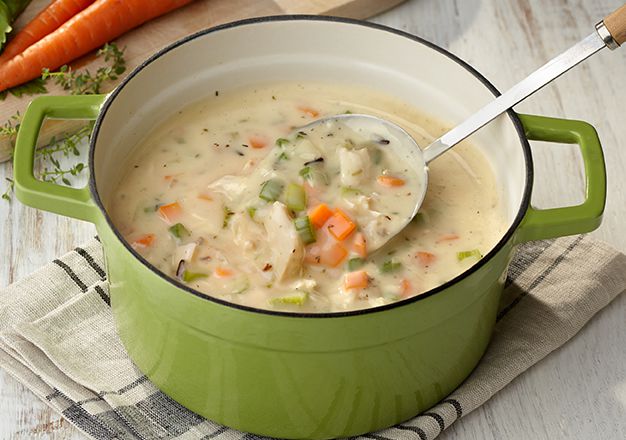 With overall sales in a slump and profits unable to build momentum as a result, Campbell is trying to buy its way into a hot industry. It's a strategy other big food companies have been employing the last few years as well. In a similar move, Hershey (NYSE: HSY) said it was buying Amplify Snack Brands (NYSE: BETR) the same day as the Campbell announcement.

Consumer eating preferences have been undergoing change, driven by upstart companies offering new and innovative options at the local grocery store. As a result, big food companies' sales have struggled, and they have resorted to buying out smaller rivals.

Campbell has been busy with five other acquisitions in the last five years. Bolthouse Farms was picked up in 2012, followed by baby food maker Plum, biscuit company Kelsen, Garden Fresh Gourmet salsas, and most recently  soup producer Pacific Foods just a few weeks prior to the Snyder's-Lance announcement.

In addition to buying out the small competition, Campbell Soup has joined other big food companies in starting up a new food division. The company announced its plans last year for a venture capital fund, giving the project $125 million to start. The goal is to get ahead of the curve and develop the type of all-natural, wholesome, and convenient foods that are gaining popularity with consumers.