Please ensure Javascript is enabled for purposes of website accessibility
Log In Help Join The Motley Fool
Free Article Join Over 1 Million Premium Members And Get More In-Depth Stock Guidance and Research
By Demitri Kalogeropoulos - Dec 29, 2017 at 9:30AM

Look past the modest growth rate and you might be attracted to the online marketplace's healthy profits and cash flow.

With demand on a multi-year upswing, this is a great time to be a company operating in the e-commerce industry. That's true for big businesses that sell their own products online, like Amazon (AMZN -2.49%) and Wal-Mart (WMT -0.28%). It's also the case for eBay (EBAY -2.34%), which has a narrower model that avoids many of the costs associated with shipping, inventory management, and fulfilment.

That platform approach makes eBay more profitable than many of its peers, but it also limits its growth potential. Thus, its stock is more likely to appeal to investors who prize financial stability over market-thumping sales gains. 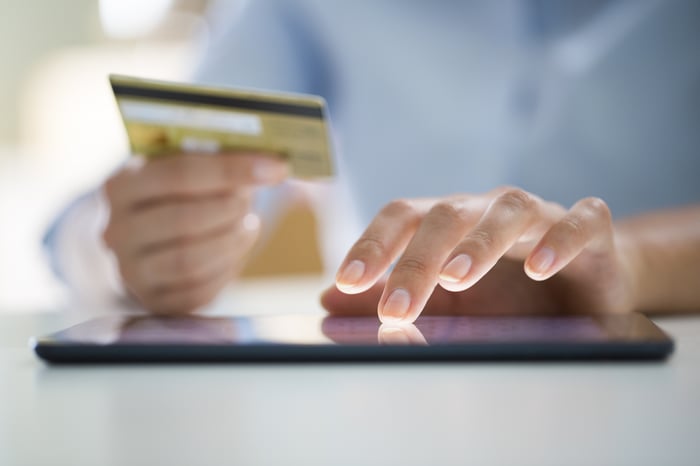 eBay's business has enjoyed solid, but unspectacular, growth lately. Sales volumes sped up to an 8% pace in the most recent quarter to mark its fastest expansion rate in over three years. Volumes are up 5% over the last nine months, putting the platform on track to modestly improve on last year's growth rate. 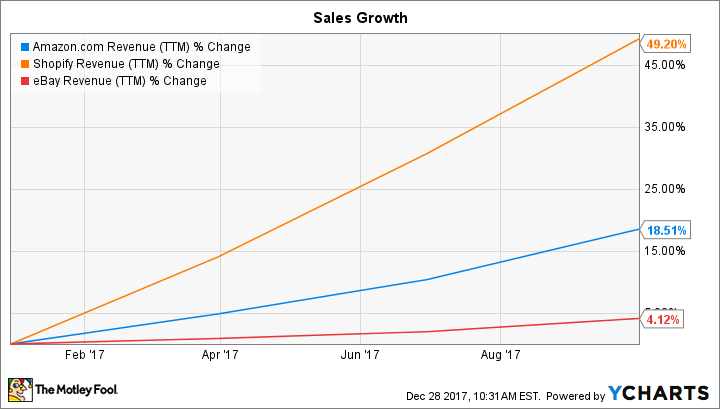 eBay has a few major initiatives at work aimed at speeding its growth rate up closer to these peers. And those include improvements to the shopping experience and bigger marketing investments. Still, it's hard to see this business moving much beyond its current high-single-digit expansion rate.

eBay isn't posting the head-turning growth numbers that many rivals are putting up, but it sure delivers on the financial side of the business. As a middle-man between buyers and sellers, it takes a cut of every transaction that occurs on its platform (the "take rate" is holding steady at about 8%). And whereas Wal-Mart and Amazon need to constantly shell out to build and maintain their shipping, fulfillment, and inventory infrastructure, eBay doesn't. This hands-off approach results in a far more profitable business.

eBay generated $1.5 billion of net income over the last nine months, translating into a whopping 23% profit margin. The comparable figure for both Wal-Mart and Amazon is closer to 2%, and Shopify has yet to post a profit as a public company. eBay also produces tons of cash. In fact, free cash flow was over $720 million last quarter, or 30% of the sales base.

CEO Devin Wenig and his executive team are cautiously optimistic on eBay's fourth-quarter outlook. They've been careful to note that the changes they're making to the platform, especially around search engine optimization, could produce volatility in short-term results. Yet they're still expecting sales to rise by about 7% for the full 2017 fiscal year as eBay remains one of the top online holiday shopping destinations.

Thanks to its efficient operating model, investors can count on that operating performance funding impressive cash returns. eBay aims to return half of its excess cash to shareholders each year. And to date, that spending has been limited to stock repurchases since eBay doesn't send out a regular dividend.

To protect market share, the company will likely need to allocate a big chunk of those resources toward marketing and product development in the coming year. Yet it should still have plenty of cash left over to spend on buybacks and, eventually, the type of steadily growing dividend that Shopify and Amazon investors aren't likely to see any time soon.