A better-than-expected third quarter, expected revenue gains, and a new partnership with Microsoft may have brought out the bulls for this veteran supercomputer manufacturer.

Although Cray (CRAY) and its corporate predecessors have a long and distinguished history, the supercomputer maker typically isn't considered a must-own tech stock. In fact, next to the big names in the industry, it barely registers. Perhaps that's because it's small, in terms of market capitalization (about $990 million) and revenue ($572 million over the trailing 12 months) when compared to its more high-profile peers.

Cray's become a bit more visible lately, however. In mid-December, its stock climbed to a fresh one-year high. Let's see if we can figure out what caused the run-up, and whether it's justified by the company's performance. 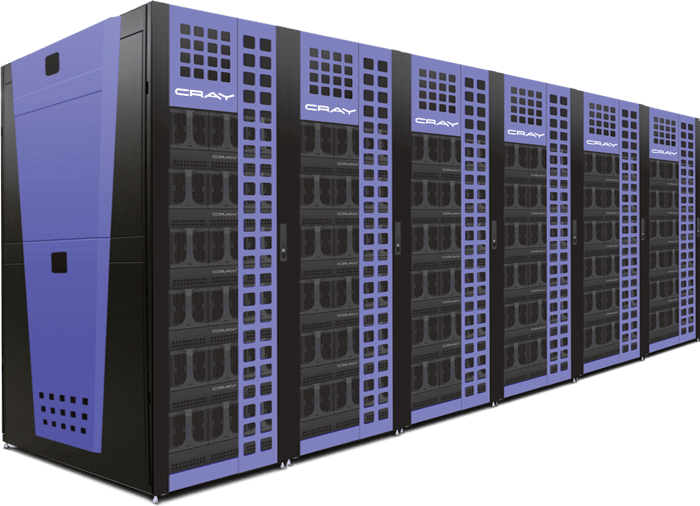 There was no clear, single development for Cray that sent its shares upward beginning roughly in mid-November. More likely, it was a simple accumulation of positive and semi-positive news.

At the end of October, the company reported its third quarter, in which it delivered top- and bottom-line results that were far better than expected by analysts. Revenue crept up by 3% on a year-over-year basis, to almost $80 million, while analysts had been predicting around $60 million. The company did book a net loss, but this narrowed to $10 million from the year-ago shortfall of $23 million, and while analysts had been expecting a $0.51-per-shre loss, the company turned in a loss of $0.33 per share. The stock rose 9% the day after the report.

It should be said, though, that Cray is a very exclusive hardware maker that specializes in hugely expensive, high-level installations. Because its business is dependent on only a small number of high-priced projects, revenue and profit (or loss) can jump significantly from quarter to quarter.

While admitting that a "wide range of results remains possible for 2017," Cray's guidance for the entirety of the year is encouraging in spots. True, it's predicting a second significant annual revenue slide in a row -- to $400 million from 2016's nearly $608 million, and the 2015 tally of almost $719 million. Yet the company believes it will reverse course for 2018, improving the top line by 10%.

Recent, promising developments seem to provide fuel for this optimism. In November, Cray announced that Samsung bought one of its CS-Storm supercomputers for what Cray described as "use in its research into Artificial Intelligence (AI) and deep learning workloads, including systems for connected cars and autonomous technologies."

If Samsung produces meaningful results in this work, with the Cray system's help, perhaps it'll draw in new customers involved in AI and self-driving, two hot niches in tech.

Another encouraging bit of news is Cray's deal with mighty Microsoft (MSFT -0.57%). Shortly before the Q3 results were unveiled, it was announced that Cray and the software giant would team up to offer access to Cray supercomputers on Microsoft's Azure cloud platform.

In theory, this makes Cray's solutions more accessible to organizations that need that level of computing powers but don't have the facilities or the inclination to house a dedicated Cray system.

It also theoretically gives the company more visibility with the Microsoft service's client list. This is considerable, as the fast-growing Azure brought in $1.3 billion in revenue for its parent company in Q3.

Cray has been around, in one form or another, since the early 1970s. Across that span of time, it has stuck closely to its core, providing large and massively powerful computer systems for the crunchiest of data-crunching tasks. As a small and exclusive manufacturer, its results will likely always be up and down, and hard to forecast.

Given the company's lumpy performance, I recommend extreme caution when considering an investment in Cray.

Why Shares of Cray Inc. Jumped as Much as 20% Today