The action camera and drone maker fell after reducing prices on its cameras during the holiday season. Here's what investors need to know.

Shares of GoPro Inc. (GPRO -5.99%) declined 11.4% in December, according to data from S&P Global Market Intelligence, extending its negative post-earnings momentum from November as investors worried over the implications of recent price cuts to its entire line of cameras.

For perspective on the former, GoPro also plunged 20% in November as the market lamented management's weak fourth-quarter guidance provided earlier in the month. At the time, GoPro CEO Nick Woodman noted the company's primary focus during the holiday season would be "driving consumer demand to reach [GoPro's] goal of full-year double-digit revenue growth and non-GAAP profitability." 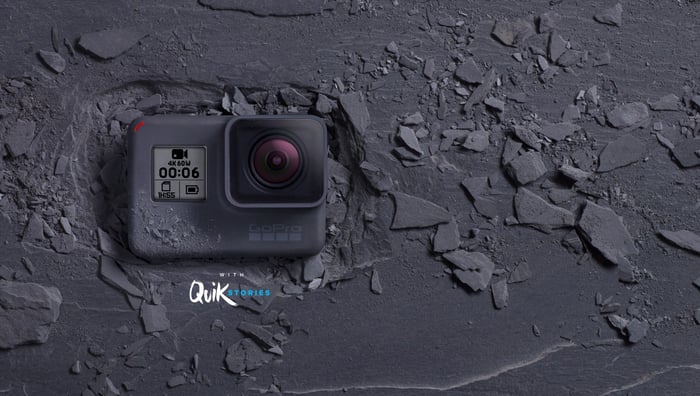 Of course, this could all simply be part of GoPro's strategy of managing inventories more effectively than it has in the past. Two years ago, an inventory glut forced GoPro to reduce the price of its HERO4 Session camera by $100 two separate times within five months of its launch. And we can let it suffice to say that those price drops were a glaring sign of trouble for GoPro investors in the quarters that followed.

So it's no surprise that GoPro investors might fear the worst today when they see the company implementing price drops before the all-important holiday season has concluded.

However, that's not to say the corresponding decline in GoPro's share price was merited. As fellow Fool Travis Hoium recently argued, GoPro's latest price drops seem more carefully measured than its previous inventory-driven moves. And more than anything, the new prices are consistent with the pricing scheme GoPro happily maintained with its camera lineup a year ago -- well before the HERO6 Black was launched at its surprisingly high initial price point.

As it stands, barring an update from the company in the next few weeks, investors will need to wait until GoPro's official fourth-quarter release in early February before we receive more color on management's thought process. But for now, I'm not convinced that patient, long-term investors should be overly concerned.