Value stocks, or stocks with solid fundamentals but lower valuations than their peers, have historically outperformed growth stocks by a wide margin. If fact, value stocks have appreciated at a faster rate than growth stocks in both boom and bust markets.

While the exact mechanism underlying this pattern remains a hot topic of debate in both academic and financial circles, there's no doubt that value investing is the only tried and true method of producing market-beating returns on a consistent basis.

As such, I think investors may want to consider adding Express Scripts Holding Company (NASDAQ:ESRX), Horizon Pharma plc (NASDAQ:HZNP), and Sanofi plc (NASDAQ:SNY) to their portfolios in 2018. These underappreciated healthcare stocks, after all, all sport ridiculously low valuations that make them attractive bargains right now. 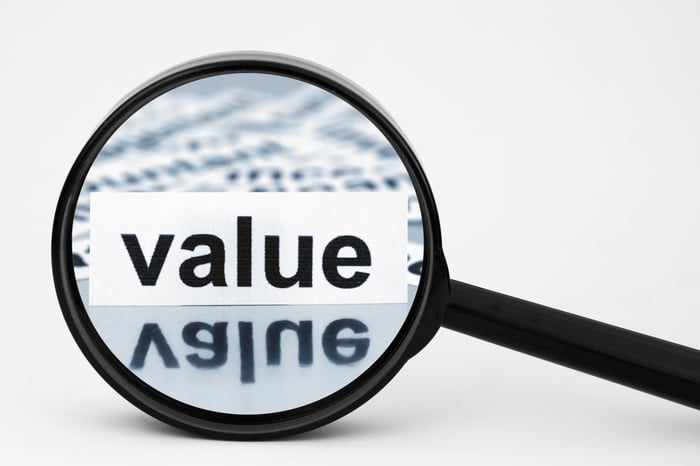 With a price-to-sales ratio of 0.43, pharmacy benefits manager (PBM) Express Scripts easily qualifies as one of the cheapest stocks in the healthcare sector. So why is the market unwilling to pay any premium whatsoever for this top PBM company? A couple of reasons come to mind.

First off, the advent of new gene therapies for cancer and rare diseases is only expected to drive specialty drug prices even higher. That's a serious problem for companies like Express Scripts that already operate on razor-thin margins in a hyper-competitive industry.

Express Scripts' low profitability and weak cash flows, in turn, make it difficult for the company to reward shareholders with sizable share buybacks or even a modest dividend program. Put simply, there are far more enticing opportunities to be had in the large-cap healthcare space in terms of shareholder rewards.

As the largest PBM in the business, though, Express Scripts has, by default, become the unofficial referee over branded drug prices in the United States -- especially since Congress has repeatedly failed to pass any legislation on the matter. That gives Express Scripts a fairly wide berth in terms of controlling its own top and bottom lines.

By virtue of its size, after all, Express Scripts has substantially more negotiating power with drug companies than its competitors do. And with the company expanding into new areas like total patient management through its recent eviCore acquisition, Express Scripts should be able to create unique synergies across its business to produce noteworthy cost savings in 2018 and beyond. However, the broader market isn't yet appreciating the company's rather unique position as the primary trend-setter in terms of healthcare costs.

At first sight, Horizon's price-to-sales ratio of 2.39 and forward earnings-to-price ratio of 11.32 may not come across as bargain-basement-level valuation metrics. A deeper look, however, tells a rather different story.

Not only is Horizon's present valuation well below that of most mid-cap drugmakers, but it's also the absolute lowest within the orphan, or rare disease, drug space by a wide margin.

Why is Horizon such a laggard compared with its immediate peer group? The condensed version of the story is that Horizon originally decided to closely emulate the failed business model of serial acquirer Valeant Pharmaceuticals International. When Valeant's stock collapsed because of its controversial pricing practices and tremendous debt load, it spooked investors away from specialty pharmas like Horizon altogether.

In response, Horizon's management did an about-face to steer the company toward the far safer shores of medicines for rare diseases. As a result, Horizon's portfolio of 13 approved products is now heavily tilted toward orphan drugs like Krystexxa for uncontrolled gout, and Procysbi for a rare but deadly kidney ailment.

While the company admittedly has some work to do to strengthen its balance sheet after a spate of acquisitions, Horizon nevertheless appears to be grossly undervalued in light of its longer-term growth prospects, and its growing footprint in the high-value orphan drug space.

This falling knife is ready to rebound

Investors and analysts alike have lately tossed aside French biopharma giant Sanofi. The net result is that the drugmaker now sports one of the lowest price-to-sales ratios at 2.48 within its Big Pharma peer group.

What's behind Sanofi's rock-bottom valuation? A handful of issues. First off, the drugmaker's core diabetes franchise has been seriously hurting recently because of stiffer competition and falling profit margins across its diabetes product portfolio.

Another major drag on Sanofi's share price has been its weak clinical pipeline that has consistently ranked near the bottom of its peer group in terms of productivity. The drugmaker has thus become increasingly reliant on its external partnerships with companies such as Alnylam Pharmaceuticals and Regeneron Pharmaceuticals for new growth products.

The recent suspension of Sanofi's dengue vaccine, Dengvaxia, in the Philippines and some other key markets also hasn't helped matters. Dengvaxia, after all, was expected to eventually generate blockbuster-level sales.

Despite all these headwinds, however, Sanofi has made major strides toward becoming a leaner, more efficient company through its restructuring efforts. The drugmaker has also reshaped its clinical pipeline to become a formidable player in immuno-oncology, anti-inflammatory disorders, and multiple sclerosis over the course of the next decade. So with a top dividend that currently sports a sizable yield of 3.81%, and an improving fundamental outlook, this unloved French biopharma may be worth owning in 2018.