Please ensure Javascript is enabled for purposes of website accessibility
Log In Help Join The Motley Fool
Free Article Join Over 1 Million Premium Members And Get More In-Depth Stock Guidance and Research
By Matthew DiLallo - Jan 2, 2018 at 11:28AM

The gold miner tragically lost two miners over the weekend due to an accident at its Prestea mine in Ghana.

Shares of Gold Star Resources (GSS) crumbled on Tuesday and were down more than 10% at 10:30 a.m. EST. Driving the sell-off was the announcement that the company lost two employees from a tragic accident at one of its mines.

Gold Star Resources put out a press release today stating that two employees died from smoke inhalation sickness after being exposed to blasting gasses at its Prestea Underground Gold Mine in Ghana last Friday. Because of that accident, the company had to suspend operations at the mine temporarily so that it could investigate the incident. While the company resumed full operations yesterday, the mine's management, as well as the Inspector of Mines, are conducting further investigations to understand why this accident occurred as well as to make sure they could prevent it from happening again. 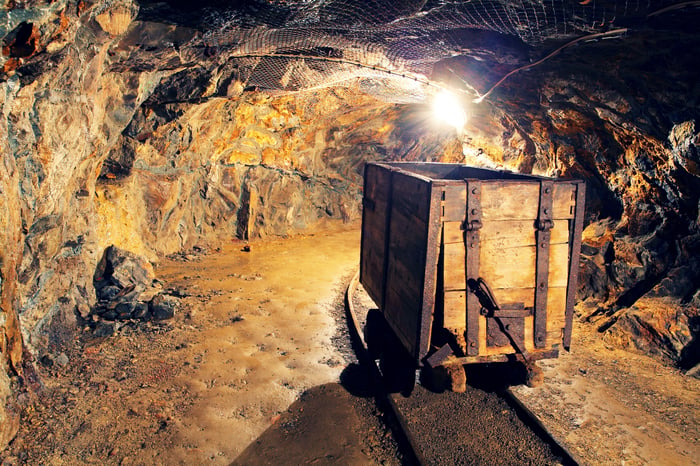 The mine's suspension, while brief, will likely impact the company's production and financial results for the fourth-quarter, which is why the stock is down today. In addition to that, investors seem concerned that the company might need to suspend production again in the future if it finds an issue that needs to be addressed to ensure the safety of its workers.

Gold Star Resources is a small gold company that only operates two mines in Ghana, which makes it a very risky stock. And while today's sell-off does make it cheaper, and there are reasons to be optimistic about its future, Gold Star's stock can be quite volatile, which is why investors might want to consider a larger and more diversified gold stock instead.

Why Golden Star Resources Stock Rallied 14% at the Open Today