This isn't the Microsoft (NASDAQ:MSFT) of a few years ago. A company that once made its living selling software and hardware while controlling the market with its Windows operating system (OS) has changed.

Under CEO Satya Nadella, the company has moved its software to a subscription-based model while drawing significant revenue from the cloud. Microsoft still sells hardware, but its devices (aside from Xbox) are more to show its partners what's possible than to be big revenue drivers on their own.

Led by the Surface line, that has created a market where instead of cranking out near-identical laptops, Microsoft's hardware partners have been innovating. That, along with a loss of the arrogance that once defined the company has created a bright future for a company that only a few years ago looked like its better days were behind it. 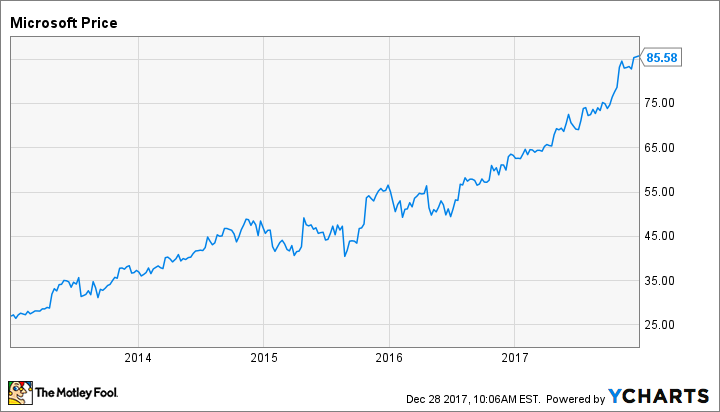 How much has Microsoft changed?

Since taking over for Steve Ballmer as CEO in February 2014, Nadella has completely remade the company. Ballmer, to be fair, had begun the process of breaking down the company's walls. While still CEO he brought the Office suite to Apple's (NASDAQ:AAPL) iPad and iPhone.

Nadella, however, accelerated that process and accepted that after decades of being able to use its OS near-monopoly to cover any business mistakes, that advantage was now mostly gone. It was not simply Apple that had taken market share, but Android took some of the tablet market while Chrome offered schools a viable, cheaper alternative to Windows. In addition, the overall market shifted to where consumers now do things on iOS and Android-powered phones that were once reserved for PCs.

Instead of fighting a losing battle, Nadella changed Microsoft's direction. He made its products including Skype and Office available across whatever platforms consumers might use them on. He also admitted that Windows Phone was a losing battle and, most importantly, he scrapped the unpopular Windows 8 and launched Windows 10, an OS that was more familiar to consumers. 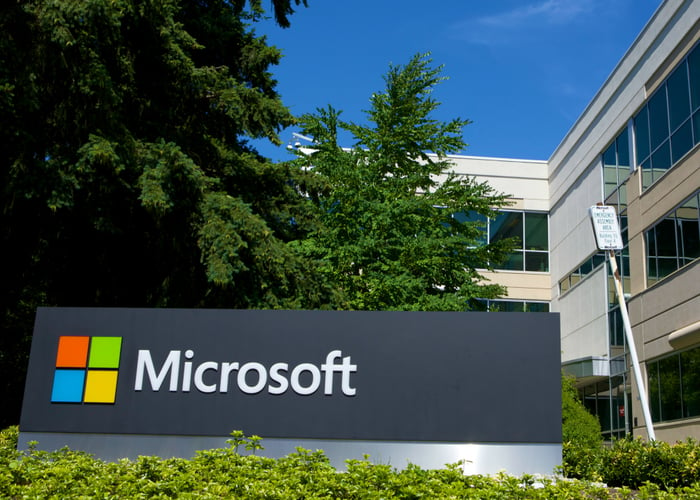 In its most-recent quarter, Microsoft reported that overall revenue rose by 12%. The company also saw diluted earnings per share (EPS) climb by 17% to $0.84 from the first quarter of 2017.

"This quarter we exceeded $20 billion in commercial cloud ARR, outpacing the goal we set just over two years ago," said Nadella in the earnings release. "Our results reflect accelerating innovation and increased usage and engagement across our businesses as customers continue to choose Microsoft to help them transform."

The company also returned $4.8 billion to shareholders through share repurchases and dividends in Q1 2018. It also raised its dividend by 8% to $0.42 per share.

What's ahead for Microsoft?

Though its share price has climbed steadily since Nadella took over, Microsoft still has room to grow. The company has established itself as a cloud leader and has positioned itself well for the growth of the Internet of Things (IoT). Windows 10 was engineered to work as the OS for smart devices and, while the company won't dominate like it once did, that growing platform should keep Windows revenue rising.

In addition, Xbox and Surface remain bright spots (albeit relatively trivial on a revenue basis as hardware) and the company has been ahead of the curve when it comes to high-end virtual reality (VR) with its HoloLens.

Even though Microsoft has largely lost out in the growing speaker-based digital assistant market, it retains its place in many homes through laptops, desktops, tablets, and Xbox. It also has a path to make more revenue through people using devices with non-Microsoft operating systems who still want the company's software or cloud-based services.

Microsoft is a buy, not just because much of its strategy has worked, but because the company has a new attitude. It can concede failure and change strategy when it needs to. That's a big change for the company and one that should keep it growing.