After a strong 2017, the stock market got off to a good start in the new year, with leading major benchmarks posting gains of more than 1%. Excitement about the prospects for richer corporate profits following the late-year passage of new tax reform laws has added to the enthusiasm that stocks could post a 10th straight bull market year in 2018. Some believe that Washington could be more effective this year following the key legislative victory that tax reform represented. Also, good news from individual companies helped power stocks higher. J.C. Penney (OTC:JCPN.Q), Rite Aid (NYSE:RAD), and Alibaba Group Holding (NYSE:BABA) were among the best performers on the day. Below, we'll look more closely at these stocks to tell you why they did so well.

Shares of J.C. Penney soared 11% as investors placed their bets that the long-ailing department store retailer would have more favorable results from its recently concluded holiday season. Some third-party analysts believe that overall holiday sales for the period could break records, and shareholders hope that Penney has been able to participate more fully in a successful season than it has in past years. Penney has dashed investors' hopes before, and the only thing that bulls and bears both agree on with the retailer's stock is that the first few months of 2018 will be a make-or-break period for the department store to establish whether it's viable for the long run. 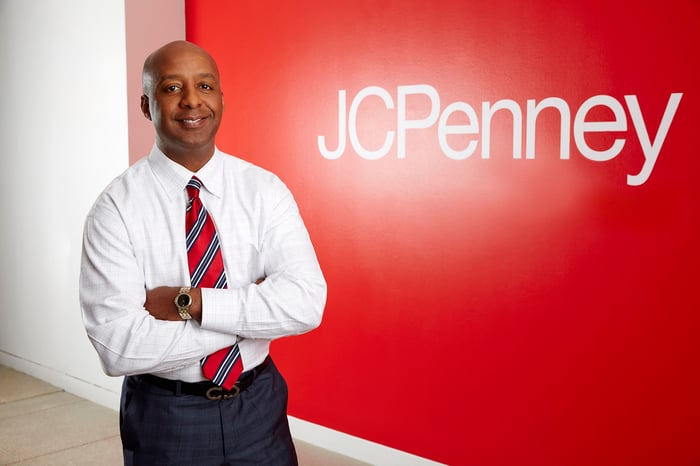 Rite Aid stock picked up more than 8%, reflecting shareholder speculation about the company's expected release of fiscal third-quarter financial results later this week. Investors don't have particularly high hopes for the drugstore chain, anticipating an 8% sales decline that should worsen in future quarters as the full impact of its sale of roughly 1,900 locations hits its top line later in 2018. Still, following a decline of more than 75% in its stock price during 2017, bargain hunters appear to believe that the potential upside from a successful turnaround at Rite Aid outweighs the risks that it won't be able to dig its way out of its debt with its scaled-back operational presence.

Alibaba gets a jump on the New Year

Finally, shares of Alibaba jumped 6.5%, adding tens of billions of dollars to its market capitalization. As strong as the U.S. economy has been lately, China has done even better, taking advantage of a global rebound in manufacturing. For Alibaba, the promise of internet and e-commerce-related growth has never been stronger, and some believe that the company is more likely to reach the $1 trillion mark in market cap first than the largest stock in the U.S. market. That would take a lot of leapfrogging, but if China keeps soaring at a rate beyond what the U.S. and other major economies are seeing, then Alibaba's success could come at a rapid pace.