Charter Communications (NASDAQ:CHTR) started off 2017 on a strong note. Investors believed that its acquisitions of cable providers Time Warner Cable and Bright House could offset cord cutting concerns. That euphoria faded in late September, however, with investors worrying that the megamerger simply made Charter a bigger target for cord cutters to kill with a thousand cuts.

As a result, Charter's stock tumbled about 8% over the past three months, but it remains up about 17% over the past 12. Let's take a closer look at what went wrong for Charter in 2017, and whether or not it can right the ship this year. 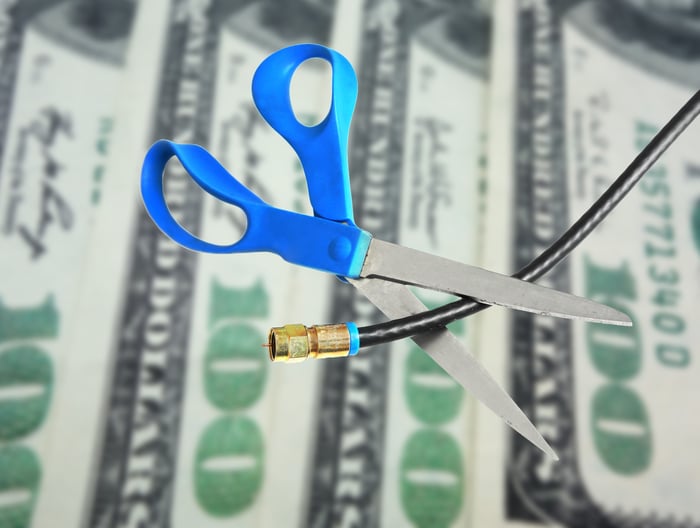 The silver lining is that Charter's residential video revenues still rose 3% annually to $4.2 billion during the quarter, thanks to the sale of higher-priced bundles -- which include voice and internet services.

Unfortunately, Charter's growth on those fronts is mixed. It added 249,000 internet subscribers during the quarter, but that marked a 29% slowdown from 350,000 additions a year earlier. Its addition of 27,000 voice subscribers similarly represented an 18% slowdown.

However, its monthly revenues per SMB customer fell 3.7% annually, indicating that it was attracting new customers with bigger promotions and lower prices. It reported similar issues with its Enterprise business, which saw its revenue grow 8.9% to $553 million last quarter on new pricing structures "designed to drive higher customer growth."

Charter's advertising revenue fell 11% annually to $373 million last quarter due to tough comparisons to the political ads of the prior year quarter. But excluding political ads, Charter's ad revenues still fell about 2% annually due to lower demand and "some" impacts from the recent hurricanes. That softness will likely continue over the next few quarters as cord cutting accelerates. 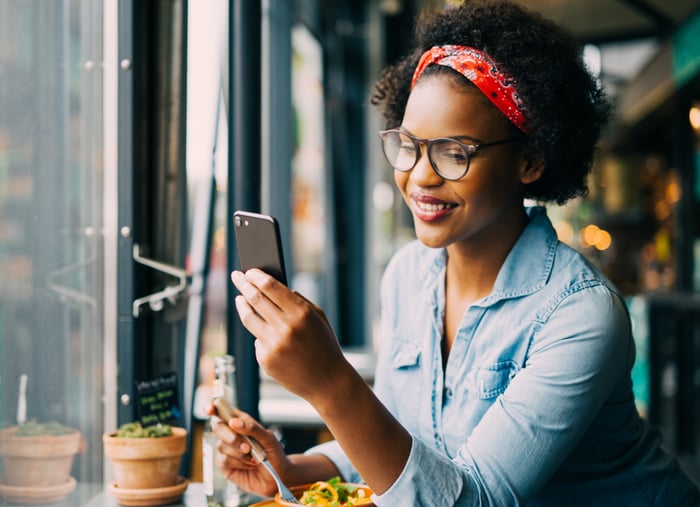 Charter plans to diversify away from its slower growth businesses with its own wireless business, which will use Verizon's (NYSE:VZ) cell network and Charter's network of Wi-Fi spots. Charter will handle the plans and customer service.

This MVNO (mobile virtual network operator) solution is similar to Comcast's (NASDAQ:CMCSA) Xfinity Mobile service, which also uses Verizon's network and shares certain resources with Charter. However, it's doubtful that Charter's wireless service, which will launch this year, can grow large enough to offset its other problems.

It's not bad, but it's not Comcast or AT&T

Despite these headwinds, Charter still grew its total customer relationships by 4.1% annually last quarter, with 3.7% residential growth and 11.4% SMB growth.

Nonetheless, Charter still suffers in comparisons to other companies like Comcast and AT&T (NYSE:T). Comcast's cable business faces similar headwinds as Charter, but it offsets that softness with its NBCUniversal business -- which includes its TV, film, and theme park units. AT&T is arguably mimicking that strategy with its planned acquisition of Time Warner (NYSE:TWX), which would make it one of the biggest media companies in the world.

Charter doesn't really have a major pillar of growth it can lean on, and it disappointed speculators by rejecting a buyout offer from Verizon last year. Charter doesn't pay a dividend -- as Verizon, AT&T, and Comcast all do -- and its stock isn't cheap at 67 times next year's earnings. This all makes Charter a tough stock to get excited about.

The cord cutting concerns about Charter are likely overblown, but the stock could stagnate this year as income investors stick with AT&T and Verizon and more growth-oriented investors buy Comcast. Charter isn't a dog, but it won't likely turn into a bull anytime soon.