Treatments that capitalize on clustered regularly interspaced short palindromic repeats (CRISPR) have enormous potential to help people with genetic disorders, and it's still too early to know which of the companies developing the technology will be first to market. Last month, Crispr Therapeutics announced some important steps for its most advanced therapy, CTX001, for the treatment of beta-thalassemia and sickle cell disease. 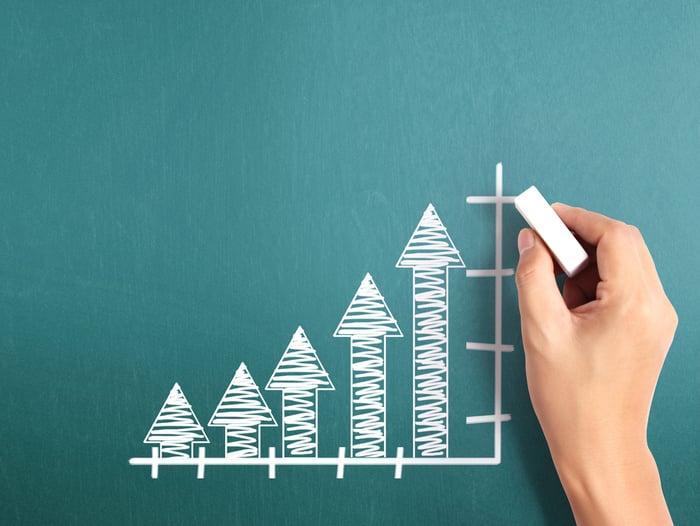 Both disorders are caused by faulty hemoglobin genes, and treatment generally requires a lifetime of painful blood transfusions at significant expense. At a scientific conference in December, Crispr Therapeutics showed pre-clinical data that suggested CTX001 can help these patients produce enough fetal hemoglobin to significantly reduce their dependence on blood transfusions.

A week earlier, Crispr Therapeutics had taken a step toward beginning human trials by submitting an application to European regulators.  Those trials won't be cheap, which is why investors also cheered a deal with Vertex Pharmaceuticals to equally share development expenses for the CTX001 program. The deal will take a lot of financial pressure off of Crispr Therapeutics, which is likely part of what prompted a Piper Jaffray analyst to initiate coverage of the stock with a buy rating.

Investors should note, Crispr is still on the hook for half of CTX001's development expenses, and it doesn't have enough cash to cover its share. That's why the company's first announcement in 2018 proposes a dilutive share offering intended to raise about $115 million before bankers extract their fees.

Investors will want to keep their eyes peeled for the proposed share price on that offering, which hasn't been announced yet.