YY Inc.'s (NASDAQ:YY) stock climbed 9.6% in December, according to data provided by S&P Global Market Intelligence. The gains corresponded with news that Cornerstone Capital Management Holdings had increased its holdings in the stock.

YY stock posted big gains in mid-November following the release of better-than-expected third-quarter results and then sold off toward the tail end of the month. The stock then gained roughly 9% on Dec. 7, corresponding with an announcement that Cornerstone Capital Management Holdings had purchased an additional 388,000 shares -- pushing the stock back to the neighborhood of its post-earnings highs. 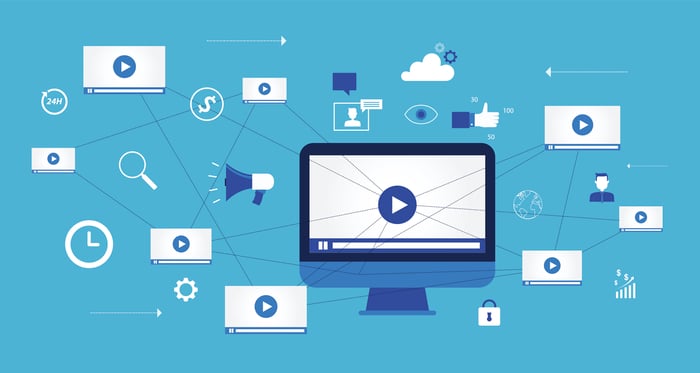 Members of the service connect to each other through videos and messages and can purchase virtual gifts for their friends and favorite content creators. These purchases make up the vast majority of YY's revenues and are very inexpensive to produce. However, only a small portion of the platform's user base regularly purchases these virtual gifts.

Even after a 46.5% year-over-year increase in paying users on its livestreaming platforms, only 6.3 million of the company's more than 300 million users made a purchase on the platform in its October-ended quarter. That highlights the potential for growth, but it also makes clear that the company has a relatively narrow sales base.

YY stock trades at roughly 17 times forward earnings estimates. With sales growing 48% last quarter and its net income climbing 59%, that price-to-earnings metric could frame YY as an undervalued growth stock. But investors should proceed with the understanding that its growth trajectory might be disrupted.

Total revenues for the Chinese video livestreaming industry more than doubled in 2017, according to iResearch, but the research firm also reports that monthly engagement has been trending down year over year since December 2016. An influx of competition in the video-based social media space and the potential for unexpected regulatory moves from the Chinese government also create risk factors.

Shareholders and investors considering adding the stock should pay close attention to paid-user metrics and government actions that could potentially impact the social media landscape.