Common shares of Fannie Mae (OTC:FNMA) and Freddie Mac (OTC:FMCC) are falling on Friday, down by 6% and 8%, respectively, in the early afternoon. This comes on the heels of another drop yesterday, after reports that a draft Senate bill that intends to deal with the two mortgage-finance giants is in the works.

The proposal would effectively end Fannie and Freddie as they currently exist. The two agencies would be placed into receivership, and successor companies, which would be free from government control, would then be formed. 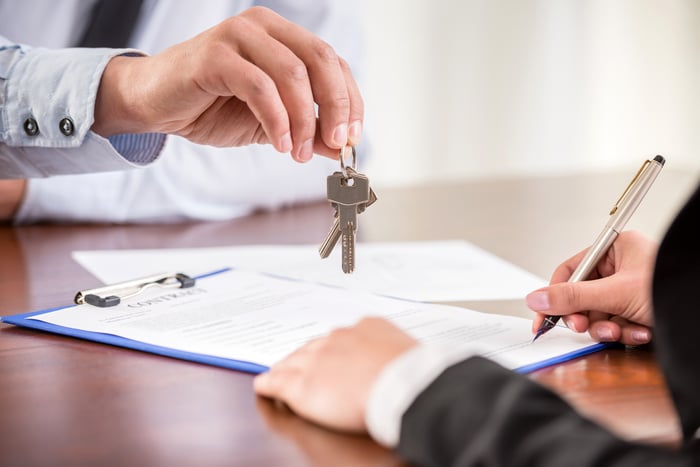 Whether, and how much, shareholders will be compensated is still up in the air, according to the reports, and this uncertainty seems to be what is weighing on the stock.

The bill, which is co-authored by Senators Bob Corker (a Tennessee Republican) and Mark Warner (a Virginia Democrat) would pay preferred shareholders close to full value, while common shareholders would get much less, according to Bloomberg, although the exact details are unknown.

Fannie and Freddie have now been in government conservatorship for a decade, and Congress has unsuccessfully tried to figure out what to do with the two agencies several times.

The last time Congress tried to pass legislation regarding Fannie and Freddie, in 2014, it seemed that common shareholders would have been left with nothing, and in the absence of confirmation that this time will be different, investors seem to be rather worried.

While an effort to overhaul the mortgage-finance system would likely need 60 votes in the Senate, a bipartisan bill could potentially garner the necessary support. So the fact that the proposed legislation comes from a Republican and a Democrat could be an encouraging sign that something could finally be done to end the Fannie and Freddie saga.