2017 was another bad year for mall-based department stores like Macy's (NYSE:M) and J.C. Penney (OTC:JCPN.Q). In addition to the mall traffic declines that have been hurting department stores for years, unfavorable weather and the disruption from mass store closures weighed on sales and earnings trends at both companies. 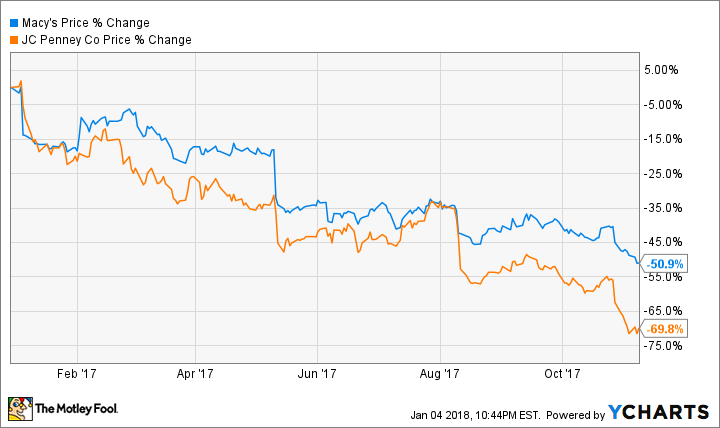