The Chili's parent slumped on a series of weak earnings report.

Shares of Brinker International ( EAT -1.37% ) slipped last year as the Chili's parent got swept up by the restaurant recession. According to data from S&P Global Market Intelligence, the stock lost 22% over the year, plagued by comparable sales declines and underwhelming earnings growth.

The stock fell consistently through the first three quarters of the year, trading nearly 40% down at one point, but it recovered after a strong earnings report in November and on broader optimism during the holiday season. 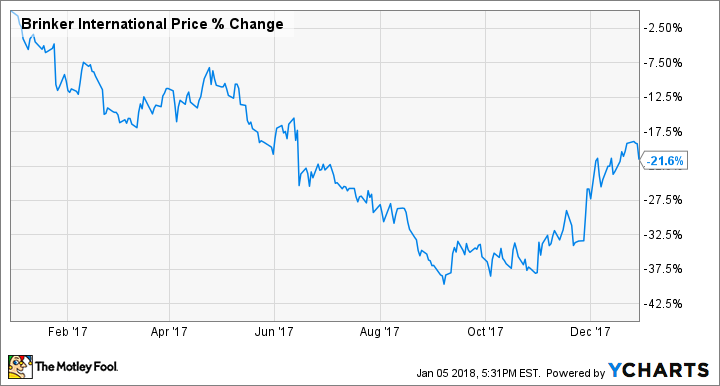 Brinker got started off on the wrong foot in January with a weak second-quarter earnings report, pushing the stock down 6.2%. Comparable sales at company-owned Chili's stores fell 3.3% as traffic dropped 6.5%. As a result, earnings per share dropped to $0.71 from $0.78 the year before, in spite of aggressive share buybacks. Management also lowered its outlook for the year, calling for comparable restaurant sales to fall 1.5%-2% for the year.

The stock dipped again on Feb. 22, falling 4% as a group of restaurant peers also reported underwhelming earnings. In its third-quarter earnings in April, the stock dipped briefly as the company showed some improvement in comparable sales, with the key figure down 2.2% companywide and 2.3% at company-owned Chili's stores. Earnings per share fell again from $1.00 to $0.94, which beat estimates at $0.85, though it missed on the top line.

In June, the stock plunged 10% in a single session on a downgrade to neutral from JPMorgan Chase, which said the company had "exhausted its ability to engineer" shareholder returns. Shares continued to decline through the summer, even as the company passed muster its fourth-quarter earnings report August, beating earnings per share.

The stock bottomed out in September and began to climb as it announced a new menu with 40% of its items, and it beat estimates again in its November earnings report. It also seemed to get a boost from the acquisition of Buffalo Wild Wings in November. 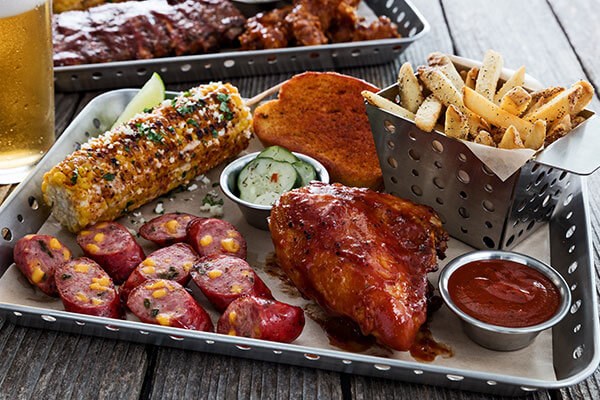 The restaurant industry is in the middle of a retrenchment, as casual-dining chains such as Brinker have cut back on new store openings and retooled their menus and experimented with add-ons such as delivery. Chili's, for instance, has introduced curbside pick-up. While comparable sales and earnings per share continue to decline, there are signs that the restaurant recession is easing and the slowdown in new store openings should help Brinker in 2018. With a revamped menu and strong economic conditions, this year looks as if it should be better for the Chili's parent than last.