These are only so-so dividend stocks now. But just give them a little time.

In 1978, a young sophomore at Emsley A. Laney High School didn't make the varsity basketball team because he was too short. Who was this young man? Michael Jordan -- who went on to become one of the greatest superstars in the history of basketball. (By the way, he also grew in height by eight inches over the next few years.)

The reality is that future superstars can sometimes fly under the radar. Their potential greatness isn't obvious at first. What's applicable in sports is also true for investing. Could there be some dividend stocks that aren't so hot right now but have the potential to blossom? I think Comerica (CMA 5.49%), Imperial Oil (IMO 2.31%), and InterDigital (IDCC 0.80%) make the team. 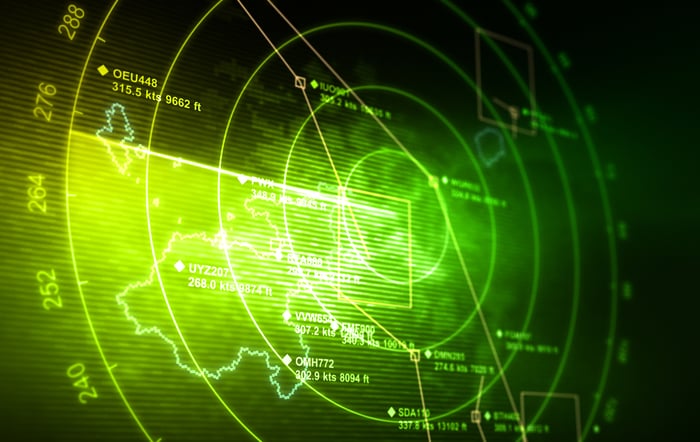 Some banks boast attractive dividend yields. Not Comerica. The Texas-based bank has paid a quarterly dividend for two decades, but its yield stands at a relatively meager 1.38%. However, there's plenty of reason to believe that Comerica's dividend could grow significantly in the coming years.

For one thing, Comerica has a good track record of dividend hikes, marred only by a cut during the economic crisis in 2009. Over the last five years, the company has increased its dividend by 76%.

Comerica certainly has the financial flexibility for future dividend boosts. The company's payout ratio is a low 23%. Even if Comerica didn't grow earnings, it would be able to keep the dividend hikes coming. The good news, though, is that the company should grow earnings -- a lot. The consensus Wall Street estimate is that Comerica will increase its earnings by close to 27% annually over the next five years.

I suspect Comerica will be able to achieve that kind of growth. The company stands to benefit from higher interest rates. Comerica has done a great job at controlling costs. It's also rolling out new products and using customer analytics to identify growth opportunities. It might not be too long before Comerica joins some of its larger peers as one of the more attractive dividend stocks in the financial sector.

Dividend investors have loved big oil stocks like ExxonMobil and Chevron for a long time -- and there are still plenty of reasons to love these dividend stocks. Love would be too strong of a word to use for the dividends of relatively smaller oil companies such as Imperial Oil, though. Imperial's dividend yield of 1.62% isn't bad, but it's not enough to make anyone's mouth water.

The company ranks as Canada's largest petroleum refiner. As you might expect, Imperial Oil stock has been on something of a roller coaster ride in recent years with fluctuations in oil prices. There have also been ups and downs for Imperial Oil's dividend. However, the prospects for the future look pretty good.

Imperial Oil currently uses only 25% of its earnings to fund the dividend program. That, combined with the company's strong cash flow, should give Imperial room to grow its dividend over the next few years.

Wall Street thinks Imperial Oil's earnings will grow as well, with projected annual increases of nearly 65% over the next five years. Of course, the company's ability to meet that goal will depend heavily on oil prices. However, Imperial definitely has the potential to deliver a much higher yield in the future.

InterDigital is another stock with a good but not spectacular dividend. Its yield currently stands at 1.84%. But that doesn't tell the entire story for the mobile technology company.

Over the last five years, InterDigital has increased its dividend by a whopping 250%. And I suspect more dividend hikes will be on the way. The company's payout ratio is a very low 12%. My colleague Brian Feroldi picked InterDigital back in June as an attractive income stock whose dividend could double. I think Brian was right on target.

In addition to InterDigital's low payout ratio, the company has pretty good growth opportunities. Analysts estimate that InterDigital will be able to increase its earnings by 27% annually over the next five years.

There are two reasons to have confidence that InterDigital will be able to deliver that kind of growth. The company is already an established leader in wireless networks, holding close to 10% of key patents and patent applications essential for LTE (long term evolution) technology and standing out as a pioneer in 5G network development. InterDigital also ranks among the top companies in Internet of Things technology.

Another stock came close to making the list. STMicroelectronics (STM 0.64%) pays an under-the-radar level of dividend right now, with a yield of 1.1%. The semiconductor maker also has a low payout ratio of only 35%. As an added bonus, STMicroelectronics is expected to grow earnings by a whopping 49% annually over the next five years.

So why didn't the stock snag a spot among the potential future superstar dividend stocks? STMicroelectronics slashed its dividend by 40% in 2016. The company didn't increase the dividend last year. Frankly, the dividend isn't high enough of a priority for STMicroelectronics at this point for the stock to be viewed as a future superstar. But as is the case with plenty of high school basketball players who don't make their varsity teams, the potential is certainly there.