Shares of graphics-chip maker NVIDIA (NASDAQ:NVDA) jumped 9.1% in the holiday-shortened trading week last week, thanks largely to news out beginning on Tuesday that a design flaw in Intel's (NASDAQ:INTC) chips makes them vulnerable to hacking.

Strength in the broader market likely provided a lesser tailwind, as the S&P 500 uncorked some champagne as it ushered in 2018 with a robust 2.1% weekly gain. 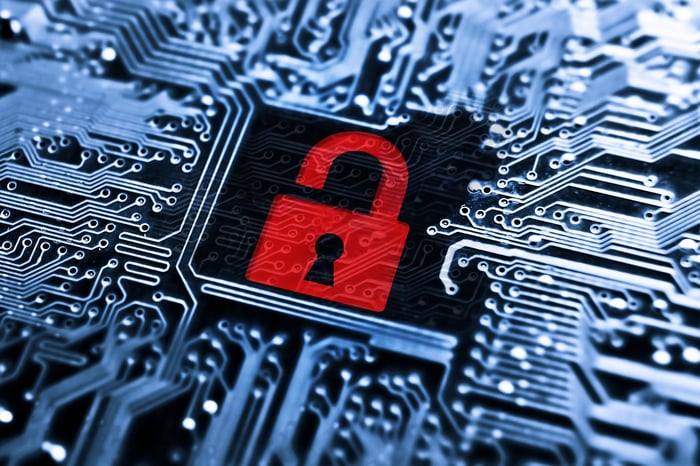 Intel is affected by two security flaws in its central processing units (CPUs) -- the big one is dubbed Meltdown and the closely related one is called Spectre. Technology publication The Register first reported on Meltdown on Tuesday, and followed up with information about Spectre the next day, with Intel later confirming the vulnerabilities. (Intel is the primarily chipmaker affected by Meltdown, though Arm also has some vulnerability, while Advanced Micro Devices is not affected, according to The Register. Processors made by all three companies are said to be impacted by Spectre.)

The scope of the issue for Intel is huge: The chip behemoth is by far the market leader in CPUs for PCs and computer servers. Moreover, Meltdown could potentially affect chips going back two decades. So there are countless potentially vulnerable consumer devices and enterprise servers out there. Microsoft and Apple scrambled to release security patches to protect their affected operating systems from Meltdown, though the fixes will reportedly slow down the performances of their Intel-powered products. Cloud-service providers are also addressing the issue. There are "no solid Spectre fixes available yet for Intel and AMD parts," according to The Register. However, the publication says the vulnerability is "tricky to exploit."

How NVIDIA stands to profit from Intel's quality troubles

NVIDIA, which doesn't make CPUs, is poised to potentially profit from Intel's issues in several ways. As to one, let me pose a question: If you were head honcho at an automaker, wouldn't you think twice about trusting Intel to supply your driverless car technology knowing that the chip giant's PC and server chips have had major security vulnerabilities for such a long time? After all, design flaws in chips that go into driverless cars could potentially have life-or-death consequences.

The likely saving grace for Intel is its revelation in September that it's been collaborating with Alphabet's Waymo subsidiary -- formerly known as Google's driverless car unit -- on autonomous vehicle tech. Collaborating with the esteemed early mover in the space should help significantly buffer Intel's driverless vehicle tech from concerns about quality. Nonetheless, the just-revealed issues might tip the scales in favor of NVIDIA's driverless-vehicle platform, DRIVE PX, for automakers that are debating between using Intel's or NVIDIA's technology. 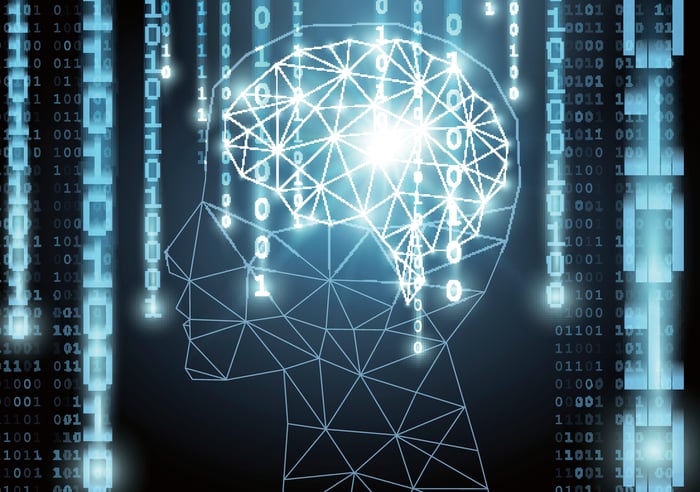 In twist on a Vanessa Williams tune, I saved the biggie for last: NVIDIA could benefit from Intel's current issues with respect to the latter's plans to enter the discrete graphics processing unit (GPU) space, which is NVIDIA's bread and butter and a market that it dominates. (NVIDIA had a 72.8% share in the third quarter, versus AMD's 27.2%, per Jon Peddie Research.)

The revelation of the security bugs couldn't come at a worse time for Intel, making this even more of a PR nightmare than it might first seem. It was just in November that Intel announced that it hired AMD's former graphics head and plans to enter the discrete GPU market. This move wasn't all that surprising, as NVIDIA's data center platform has been profiting mightily from rapid adoption of the company's GPU-based approach to deep learning, a category of artificial intelligence (AI) that essentially trains a machine to think -- or make inferences from data -- like we humans do. All the major internet companies, cloud computing service providers, and computer server makers are using NVIDIA's GPUs to accelerate their deep-learning training and high-performance computing.

In short, companies that are now using NVIDIA's GPUs are going to need a reason to jump ship for Intel when it launches its competing chips -- and last week's revelations should make it that much more difficult for the chip titan to lure business away from NVIDIA.