I recently interviewed IBM VP of Blockchain Technologies Jerry Cuomo for an insider's take on this exciting innovation. 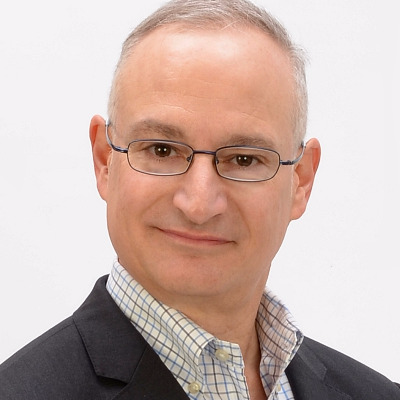 While 2017 may be the year in which bitcoin took the investing world by storm, 2018 may be the year when bitcoin's underlying technology, the blockchain, takes the business world by storm. In fact, IBM (IBM -2.47%) CEO Ginni Rometty said earlier this year that, "What the internet did for communications, I think blockchain will do for trusted transactions."

Bitcoin was conceived as a peer-to-peer currency with no central authority, in which the underlying blockchain technology was so transparent and un-alterable that no government entity was needed to govern transactions. That transparency and security is what is so attractive -- and perhaps revolutionary -- to industries such as global finance, shipping, and food safety. Of course, large corporations need a trusted party to run their blockchain networks. With its decades of experience in operating technologies for business, IBM is an early mover in this space.

I was recently afforded the opportunity to hold an exclusive interview with Jerry Cuomo, IBM's vice president of blockchain technologies, to learn more about IBM's active blockchain networks -- some of which are already very large and mature -- as well as the technology behind them. In Part 1 below, we'll go over some of what Cuomo had to say about the high-level picture of what blockchain is and how it is being used already by a variety of industries. In Part 2, I go over what he had to say about how blockchain works in IBM's cloud, how the technology was conceived in the Hyperledger Project, and the current competitive dynamic implementing this open-source technology.

Here are some of the highlights from my conversation with Cuomo. IBM provided the transcript. I edited some of the quotes for clarity.

I asked Cuomo to describe from a high-level perspective what blockchain technology is, from IBM's perspective. He said:

I think there are two sides to the coin of blockchain. One is a social phenomenon, but that's powered by a technological phenomenon. And from a social phenomenon, it's really a new way for businesses to interact. Interact in a way that's more direct, and in such a way where trust is distributed across the businesses, to enable the group to achieve more than any of the individual members could achieve.

From that, there's a range of, obviously, more basic cost-saving types of things that a blockchain network could provide to a group of collaborating companies, to a whole new set of business processes. Some that we're conceiving, and some that haven't even been conceived yet. And it's all powered by this distributed ledger technology that is made famous by bitcoin, but not limited to cryptocurrency as a use case.

I then asked him about some of the different blockchains, or "active networks," as the company calls them, and how many of them IBM was currently running.

I asked Cuomo and to describe some of the more prominent active networks IBM is managing.

The elder of the group is the Global Finance Network. That's associated with this channel financing network that finances things like parts for computers for institutions assembling or shipping or consuming computer parts. That is about $40 billion per year in capital in that network, and at any given time, there can be up to $100 million in money that is held in dispute. So, you know, I shipped you something. I said I shipped it. You said you haven't received it, but the shipping company said they sent it-- it's not uncommon for that to happen.

A year and a half ago, one of the elder statesmen is this network, where now we have over a dozen of the highest-transacting institutions in this supply chain. There's about 4,000 suppliers and consumers in that network. We only have a small portion of them, but the portion that's responsible for the majority of the interactions. And we're seeing disputes now which were taking on average 44 days now being resolved in under 10 days.

That's the most active of our networks, and part of it is because it's been out for a while. There's several million blocks on the ledger now, representing the transactions that are part of this dispute resolution process.

Cuomo went on to talk about some of the other active networks, what they do, and the companies involved.

Others include the food safety network that we recently announced with Wal-Mart, and Dole, and Kroger, and McCormick, and a bunch of others. The network that we are collaborating on with Northern Trust around private equity administration and management -- that actually has a government institution, the Government of Guernsey, is helping regulate that network. So, it's one of the first active networks that has a participant that is a government entity.

Cross-border payments, global payments is one of the networks that we're helping to facilitate with a few other players like T.D. Bank, and a few other players there. Healthcare continues to be a very interesting space. Patient records, supply chain around drug authenticity.

We're working with a company called Everledger who is working on a luxury good network and things like the Kimberly Act, [which helps prevent "conflict diamonds" from entering the market] ... So those applications are key.

I was astounded at the 10x number, and what it could mean for transforming business and society. But what I learned next showed me how blockchain could also impact everyday citizens in important ways.

Blockchain has also been mentioned as a way to prevent fraud and hacking, such as we saw in the Equifax data breach of 2017. With cybersecurity and privacy concerns on the rise, I asked Cuomo how blockchain technology can help prevent incidents like these in the future.

The one I'm very excited about is around identity and identity verification. You know 2017 is going to be remembered for a lot of amazing things. But one thing that is a bit on the negative side is the Equifax breach.

What blockchain could do is provide a digital rights management system for personal information. And we're doing this through a company called SecureKey in Canada who's creating a network called the VerifyMe network. Which, through the VerifyMe mobile application, is creating a way for citizens to get control of their personal information and "friend" institutions, like your favorite bank or your favorite motor vehicle department.

So when you're renting an apartment, and the rental agency asks you for where you live, how long have you been at that address, do you have a bank account in good active status, you can give that real estate company permission to ask a bank and a government agency for that information once. And conversely, you can give permission to the bank and the government agency to answer the question when it's asked.

They call it "triple-blind." The agency doesn't know, the bank doesn't know, and the network provider doesn't know. So, triple-blind. All under command and control of the end user, or let's say the rightful owner, of the data. And that's what blockchain could do.

While the applications of blockchain are fascinating, investors are likely interested in how IBM built out its active networks, and what it may mean for IBM as a company, as well as its enterprise IT competitors. In Part 2, Cuomo and I delve into the nuts and bolts of how IBM's blockchain works, how it was conceived, and how investors should think about IBM blockchain with respect to industry competition.