Over the holidays, Amazon.com (NASDAQ:AMZN) and Alphabet (NASDAQ:GOOG) (NASDAQ:GOOGL) heavily discounted their smart speakers to prices below the cost of manufacturing the devices, or pretty darn close.

While nearly all of their smart speakers were discounted, here's a quick look at the discounted prices and bill of materials (how much all the parts cost to make the devices) for the companies' cheapest products -- the Echo Dot and Google Home Mini:

Alphabet was losing a few dollars for each Home Mini it sold during the discounted period, and the Echo Dot earned less than $5 more than its bill of materials (BOM) during the perdio, according to data from Reuters and ABI Research. Of course, the BOM doesn't include things like shipping, so the overall cost to each company is likely to be higher.

Lots of companies offer huge discounts during the holidays, and Google and Amazon aren't known for the their hardware sales anyway, so why does all of this matter? Because it shows that both companies are willing to lose money (or close to it) on devices so that they can gain access to customers' homes, and collect more data from them. 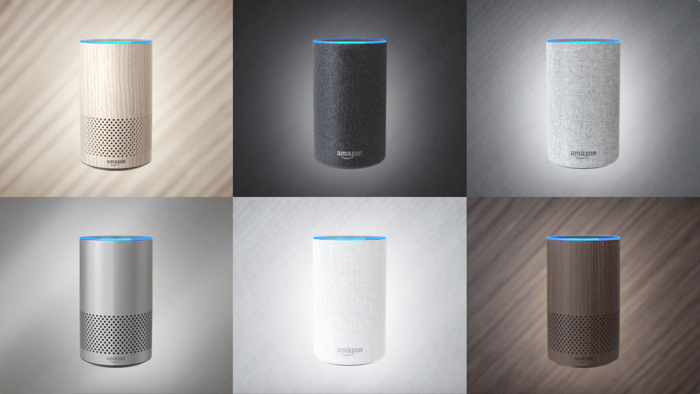 It helps if you start thinking about the companies' smart speakers not so much as home entertainment hardware, but rather as data collection devices.

The Echo's Alexa virtual assistant and Home Mini's Google Assistant both field questions from their users about the weather, engage in trivia, play music, and can do tasks like order an Uber or add voice-activated features to other smart home products (such as the Nest thermostat). But the point of the devices for Amazon and Alphabet is to act as data collection devices that learn what users are searching for, what they're buying, what they're listening to, and what services they're requesting.

In short, the companies don't care about how much money they make, if any, from the sales of these devices because the information they're learning about their customers is far more valuable.

Google has been doing this for years by offering free services to its customers and then using the information it learns from them to sell targeted ads. It's working extremely well for the company, considering advertising accounts for 87% of all Alphabet's total revenue.

But the same is also true for Amazon. For years the company has sold its Fire tablets at a loss or near cost to get them into more consumers' hands, so that it can sell them books, movies, TV shows, and products from its online store. Data from 2016 even showed that Echo owners tend to spend 10% more from Amazon than they did before they owned the smart speaker.

The only difference is that now the two companies are focusing their attention on voice searches to gather more information and generate future sales.

Amazon may be taking this one step further

CNBC recently reported that Amazon is exploring promoted search results on its Echo devices, as well as tapping into past shopping purchases, to make suggestions for new products to buy. Sources told the news outlet that Clorox and Procter & Gamble are already in talks with Amazon about being part of this plan. It's worth mentioning that Amazon said it's not bringing ads to its Echo devices.

It's still early to know whether Amazon will follow through with this idea, but it's becoming clear that both Amazon and Alphabet are betting that they can use these devices to glean more information about their users. comScore says that by 2020, nearly half of all online searches will be done with our voices, which means the companies are gaining more access to valuable customer information every day. And for that reason, Amazon and Alphabet will gladly take a loss on a few devices.