Market conditions in the oil tanker industry were challenging last year after several new ships hit the water, which resulted in a glut of capacity and caused shipping rates to plunge. Those difficult conditions weighed on leading oil tanker company Frontline Ltd. (NYSE:FRO) last year, which, when combined with a failed acquisition, caused the stock to dive 35%.

Last year started off promising, with the company announcing in late January that it had approached rival DHT Holdings (NYSE:DHT) about a possible business combination, which would create the largest publicly traded tanker company in the world, while also reducing the combined company's costs. However, DHT Holdings gave it the cold shoulder and rebuffed that offer as well as several subsequent proposals, which ultimately led Frontline to abandon its pursuit in June. 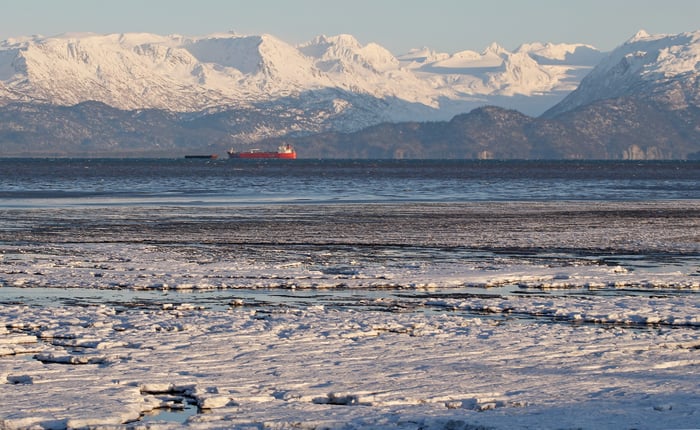 In addition to the disappointment following that failed acquisition, the company also had to deal with a significant decline in tanker shipping rates. After improving in late 2016, Frontline gave a chilling outlook in February, stating its opinion that rates would be under pressure in 2017 because the industry would take delivery of several newbuilds, resulting in increased competition. However, conditions deteriorated much more than the company expected, with it stating in the third-quarter that "the impact of the significant fleet growth over the last two years was felt across the industry and is reflected in our results for the third quarter. Indeed, the rate environment presented in the quarter was the weakest we have experienced since 2013." In fact, rates were so low that the company refused to accept unreasonably low offers for new charters, resulting in several ships waiting for contracts. Because of that, the company operated in the red that quarter.

Last year was a rough one for Frontline investors, since the company not only failed in a merger attempt, but its profitability also disappeared after shipping rates sank below its breakeven level. While the missed acquisition was a one-time event, turbulent market conditions tend to be a regular occurrence in the shipping sector and might not have hit bottom yet. Because of that, investors need to think twice before scooping up Frontline as a potential rebound candidate since it's possible that conditions could continue deteriorating in 2018, which might send the stock even lower.