If an investment firm is only as good as its people, news that Vince Foster will step down as Main Street Capital's (NYSE:MAIN) CEO in the fourth quarter of 2018 is a very big deal.

As we know it today, Main Street Capital is a business development company (BDC) with debt and equity investments in roughly 200 private companies across the United States. But its roots are much more humble, and Foster was part of it all the way.

Main Street goes back to 1997, when Foster started Main Street Merchant Partners, a $15 million fund that invested in companies in and around the Houston area. It made its money in corporate roll-ups, spawning companies including Quanta Services (NYSE:PWR) and US Concrete (NASDAQ:USCR), which grew by acquiring companies in fragmented industries, often in deals that involved more stock than cash. The fund generated a 290% return for its limited partners in roughly three years, according to BizJournals. 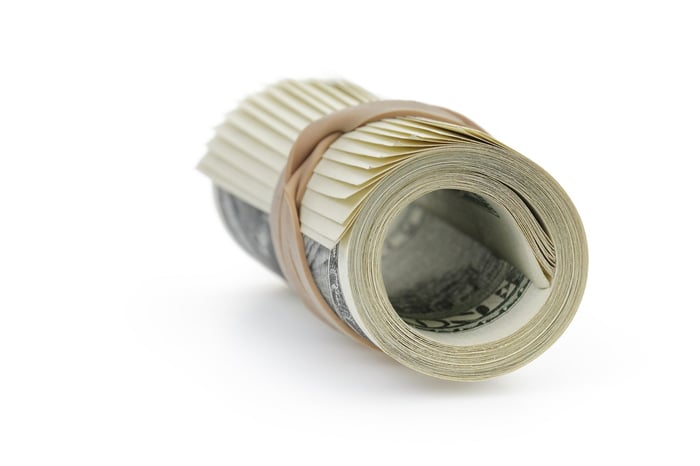 In 2000, Main Street teamed up with a Houston investment firm by the name of Sterling City Capital, which had found similar success in roll-ups including Carriage Services (NYSE:CSV) and Integrated Electrical Services (NASDAQ:IESC).

In an interview with Houston Business Journal after setting its $150 million fundraising target, Foster said that his firm was "kind of on the fund-raising treadmill right now." The treadmill wouldn't come to an end anytime soon, but raising money was about to get much, much easier.

One of the largest longtime winners is CBT Nuggets, which was most recently valued at more than 55 times Main Street Capital's cost basis and makes up $1.24 of book value per share on its own. It's just one of many companies that were part of Main Street Capital's portfolio at IPO, a cohort that went on to generate incredible realized and unrealized gains.

Foster's eventual exit has been in the works for years. New faces are filling Main Street Capital's offices, laying the groundwork for the next decade as a public company. On the second-quarter conference call, Foster alluded to the changes and growth at Main Street Capital, saying there are "a lot of people running around, a lot of young people, and there is lot of training going on" at its Houston office. Now nearly 22 times larger than at the time of its first quarterly filing, it takes more than just a handful of people to run the show.

I was introduced to Main Street Capital in 2011, when it purchased a piece of a loan to Metropolitan Health Networks, a stock I owned at the time. Having followed BDCs for several years now, I have a lot of respect for Main Street Capital and Foster, even though I may occasionally take issue with its persistently high valuation and dividend policy.

Admittedly, it doesn't take much to be better than the average BDC. In an industry known for extremely rich rewards for insiders, Main Street Capital is an incredibly frugal operator. Foster and his firm have played an integral role campaigning on industry reforms on Capitol Hill, and on conference calls he's fired shots at rivals who, frankly, deserved every bit of the criticism, but only after they first fired shots Main Street's way.

Foster's made a career out of smart investments and skillful timing. One can only hope that Foster's exit from Main Street Capital, by far the market's most beloved BDC, isn't just another well-timed move in his career timeline.