The stock prices of major mining shares surged in December, with leading stocks in the sector such as the U.K.'s Rio Tinto plc (NYSE:RIO) increasing 12.6%, and Brazil's Vale S.A. (NYSE:VALE) up 14.6%. While Rio Tinto's 9% gain in November can be attributed to company-specific reasons -- namely, the announcement of a deal to divest some non-core assets --  the move in December was very much a sectorwide phenomenon.

Shares were up across the sector, from companies focused on copper, such as Antofagasta (LSE:ANTO) and Freeport-McMoRan (NYSE:FCX), through to iron ore-focused companies Rio Tinto and Vale; BHP Billiton (NYSE:BHP), which deals in iron ore, petroleum, copper, and coal; and alumina producer Alcoa Corporation (NYSE:AA). 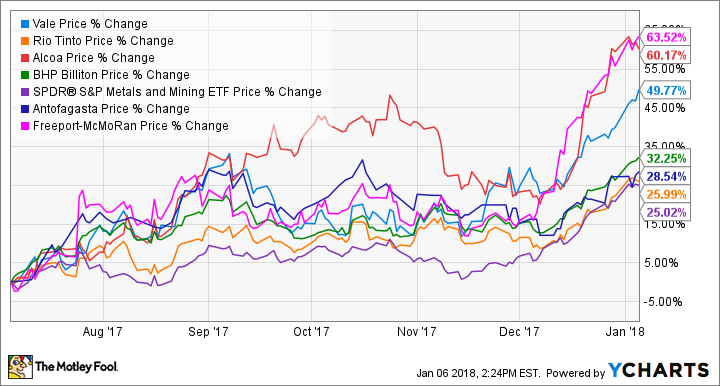 Whichever way you look at it, industrial metals and mining stocks surged on the whole in December.

There are probably two reasons:

If the moves are really about the anticipation of increased growth in the U.S., then it would mark an interesting development for the mining sector. In the past decade or so, prospects at the likes of Rio Tinto and Vale have been seen as contingent on the so-called commodity supercycle led by booming demand for infrastructural investment from emerging markets such as China.

However, China's GDP growth prospects are merely on track in 2017, with the government continuing to expect 6.7% and many forecasters expecting 6.4% in 2018.  As such, the recent move in mining stocks isn't about China, per se, but about better growth prospects in the U.S. -- a consideration that may change how investors view the sector.

China is still the largest single demand source for industrial commodities but it's the marginal changes in demand that count and if expectations remain the same for China's demand but expectations for U.S. demand go up then prices are likely to follow. 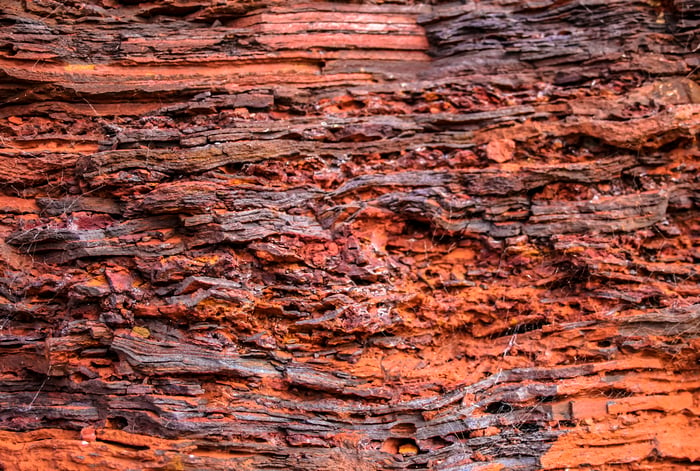 With highly respected business leaders such as FedEx's Fred Smith talking about the possibility of significant growth in GDP as a result of the tax bill, and with U.S. industrial production expected to increase materially in 2018,  the outlook is positive for the industrial metals and mining sector. Now the economy needs to deliver.