Shares of Synchronoss Technologies, Inc. (NASDAQ:SNCR) shed 11.1% of their value in December, according to data provided by S&P Global Market Intelligence. The decline in the company's stock price appears to have stemmed from an unfavorable analyst rating published at the end of November, which came on the heels of a year's worth of soggy fiscal performance and concerns that the company could be delisted by Nasdaq. 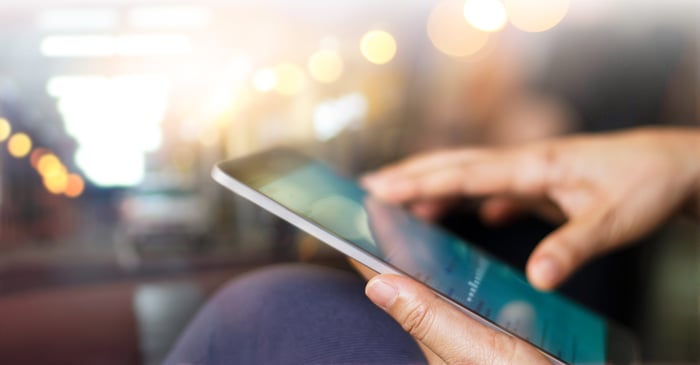 Synchronoss stock closed a challenging 2017 with another month of double-digit share-price declines. A note from an analyst at Stifel Nicolaus published November 29 kicked off a fresh round of sell-offs, and the downward pricing movement carried through December. While there wasn't much in the way of business-related news for the company last month, shareholders seem to have lost confidence in the stock after a very tumultuous year.

April saw the company's CEO and CFO depart unexpectedly along with the delivery of disappointing preliminary first-quarter results. Publication of the earnings release was then delayed in May in order to conduct an audit of recent transactions, and the company also announced that it would be restating its fiscal results for 2015 and 2016. In October, Synchronoss announced that it would sell its recently acquired Intralinks unit for $1.2 billion -- a profitable flip, but also an indication of uncertainty since the deal to buy the business at $821 million was only completed in January 2017. 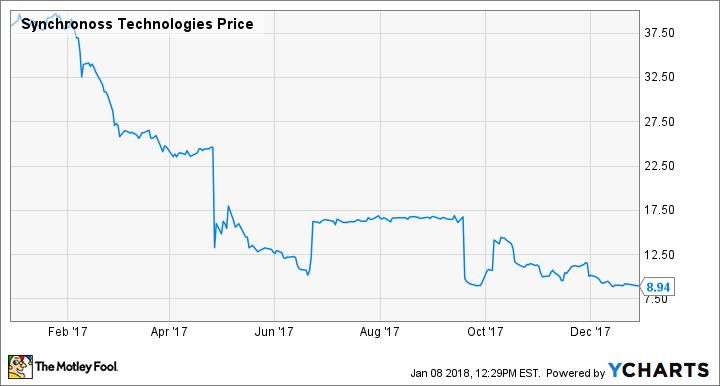 Following the big sell-offs over the last 12 months, Synchronoss shares are now valued at roughly 10 times forward earnings and roughly 0.9 times forward sales. Those might be metrics that pique the interest of value-focused investors.

Synchronoss does have a well-established client base for its cloud services (including AT&T, Verizon, and Sprint, among many others) working in its favor, and its most recent earnings report indicated that the company had a solid balance sheet with roughly $180 million in cash against no debt. However, uncertainties remain that suggest the stock probably isn't a good fit for risk-averse investors. Synchronoss is scheduled to have a hearing with the Nasdaq Hearings Panel this January to determine whether the company will be able to meet fiscal reporting standards or have its stock delisted.