Shares of Sears Holdings (NASDAQ:SHLDQ) hit an all-time low today even though there was no direct news on Sears. Instead, the stock seemed to drag on downbeat holiday sales reports by other retailers; however, Sears is not expected to announce holiday sales results. The stock closed the session down 8.5%. 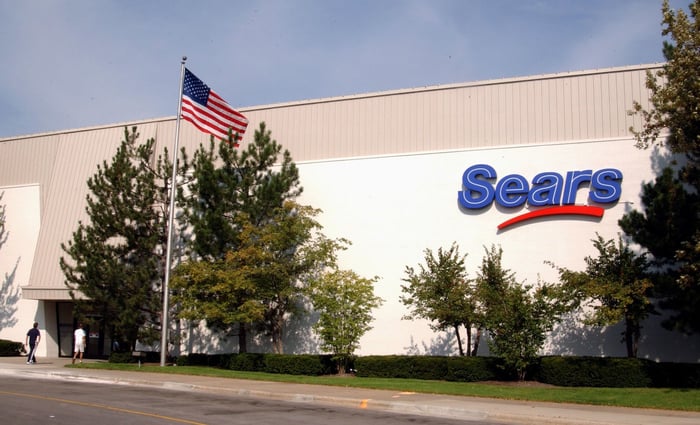 Among the retailers that slipped today were Urban Outfitters, which finished the day down 4.1% as holiday sales were not as strong as expected, and American Eagle Outfitters, which gave up 3.2% as it reiterated its earnings guidance in spite of strong comparable sales growth. The SPDR S&P Retail ETF also closed down 1.2% on a weak day for the sector.

Last week, Sears told its employees it would close another 103 stores, on top of more than 300 store closings it announced last year. That announcement seemed to be further evidence that the retailer was dying a slow death despite a bumper holiday season for most retailers.

It might seem surprising to find Sears at all-time lows as its department store peers have posted strong results during the holiday season. Kohl's said yesterday that comparable sales jumped 7% during the key selling season, and J.C. Penney and Macy's both posted positive results as well last week.

Sears is in a unique situation, however, as the company is posting massive losses and comparable sales are falling by double digits. Even if business is improving for the retail industry, Sears may be too weak and unappealing to benefit from the increased traffic. After a 62% stock price decline last year, I'd expect more of the same in 2018.