The consumer goods giant demonstrated its ability to quickly to ramp up value last year.

Sometimes, an external threat can work wonders for a company's share price. In February, Unilever rejected a preliminary $143 billion merger offer from rival Kraft Heinz Company. Shares rose 13% to reflect the premium in Kraft Heinz's offer, and after spurning the bid, Unilever's management team felt pressured to demonstrate that it could create higher economic value on its own for investors going forward.

In April, Unilever released a plan titled "Accelerating Sustainable Shareholder Value Creation," which called for a 500-basis-point improvement in operating margin to 20% by 2020, a 12% dividend hike, the exit from its "spreads" (margarine) business, the combining of foods and beverages into a single segment, and a massive 5-billion-euro ($6 billion) share buyback program, which the company promised to complete by the end of 2017.

Unilever demonstrated tangible action on its plan in 2017, raising its dividend, combining segment reporting, and adding about 150 basis points to operating margin. The company also announced last month that it has found a buyer for its spreads business, and will sell the unit to KKR & Co., L.P. for 6.1 billion euros ($8.2 billion). In December, Unilever also disclosed that it completed its share repurchase program, having bought back nearly 52 million of its own shares during 2017. 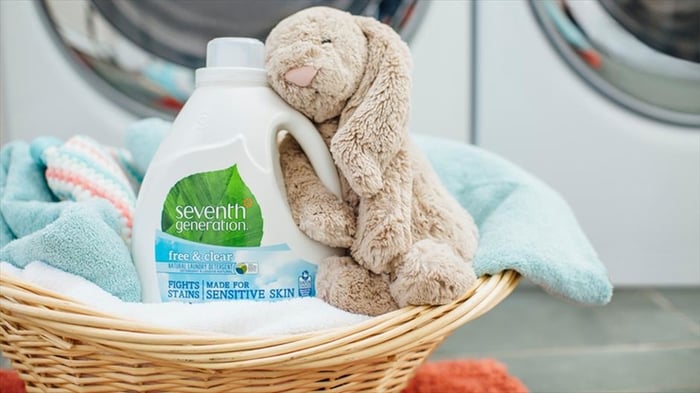 Shareholders obviously applauded Unilever's proactive initiatives in 2017, but these aren't the only value-building exercises the company has engaged in. Unilever is currently in the midst of an acquisition spree, having completed the purchase of 22 small brands since 2015. As I discussed in a recent article, this portfolio of brands is growing at a current annualized rate of 16% -- well in excess of the company's overall growth rate, which is projected to fall 3% to 5% when final 2017 results are in. These nimble companies, with a focus on sustainable products, should act as a revenue catalyst in the coming years, signaling further stock appreciation for long-term shareholders.